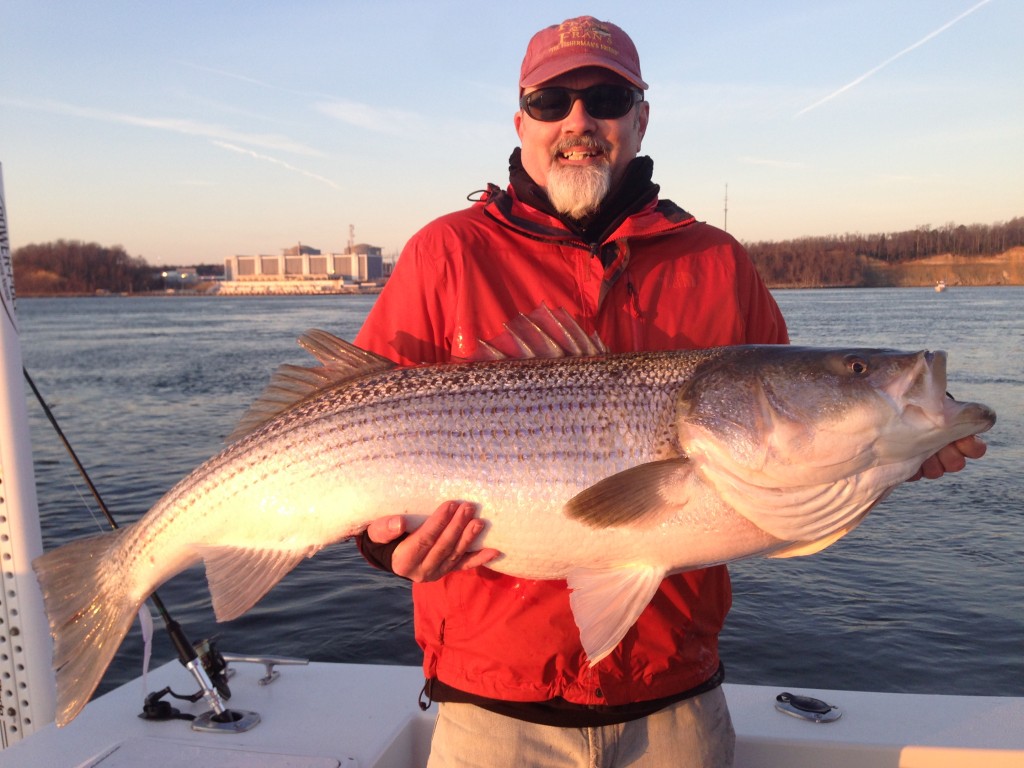 It’s a 50″ it’s a 50″! This fish touched 50 inches and it wasn’t weighed before releasing. This fish swam fast away as it was gently released after this pic! Good Stuff! Out of 2783 fishing trips I’ve only had a handful of 50″ fish on my boat…..this is the first one in 4 years! Whoop whoop!

2015 at Calvert Cliffs will turn out to be the best big fish stint of fishing I’ve experienced and I don’t know why.  Years of old certainly produced plenty of big fish but this year I’ve seen more over 40″ Stripers than I’ve ever had in my 16 years of guiding.  I’ve had great anglers and some good timing along with fishing in some “blustery” weather. These things have resulted in my boat landing 97 Stripers over 40″, 9 over 45″ and one at 50″.  I’ve been getting these fish on 1  1/2 and 2 ounce jigheads loaded with 7″ and 10″ bust’m baits and 10″ BKD’s.  Baits worked near the bottom with some good twitch have been the most effective.  The key is holding near the bottom while putting on a great twitch and maintaining a snug line.   Not one of these large fish were deep hooked, none were dropped and all released at boat side to swim away strong!  Nothing better to me than to see a huge Striper freely swim away!  The memory is kept forever by each person who has been lucky enough to catch one of these light tackle trophies!  Every big fish is a great adventure and I love every one of them!  Here a are a few of the big fish caught and successfully released…….would like to tell a story about each one but just don’t have the time right now……here it goes! 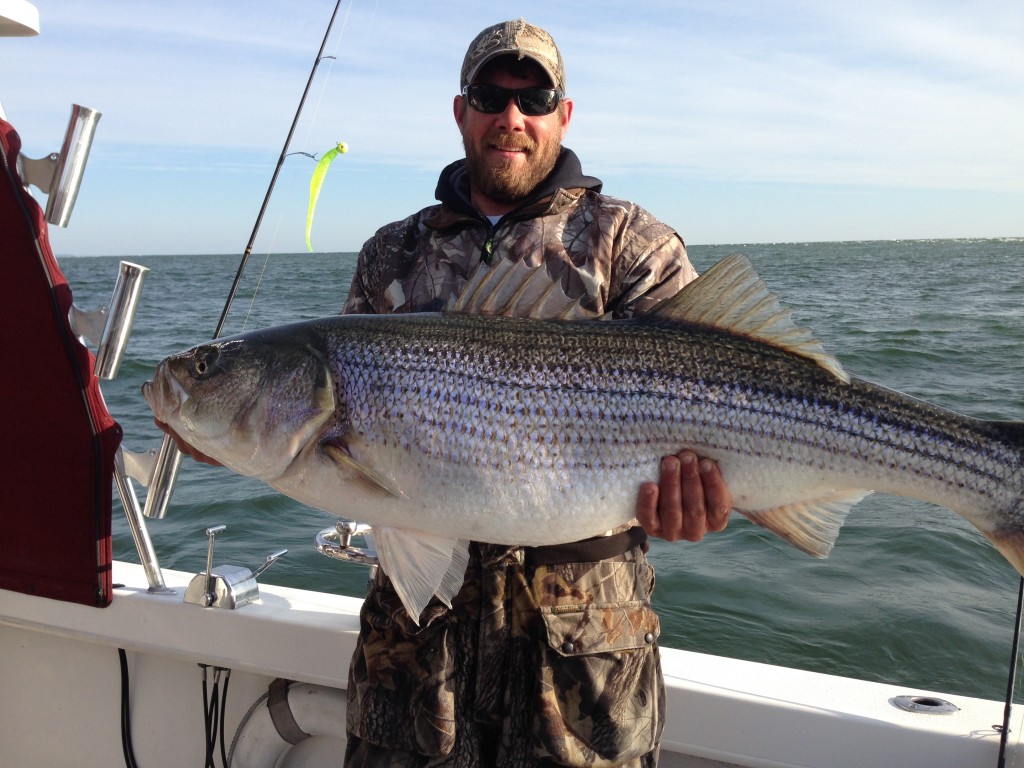 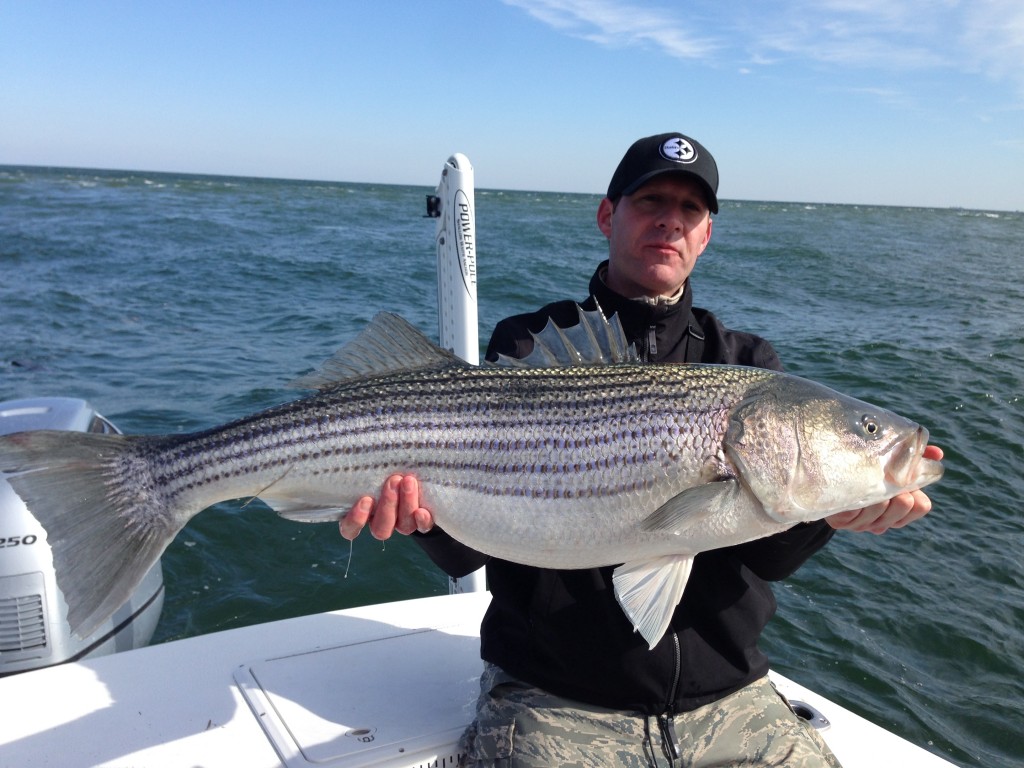 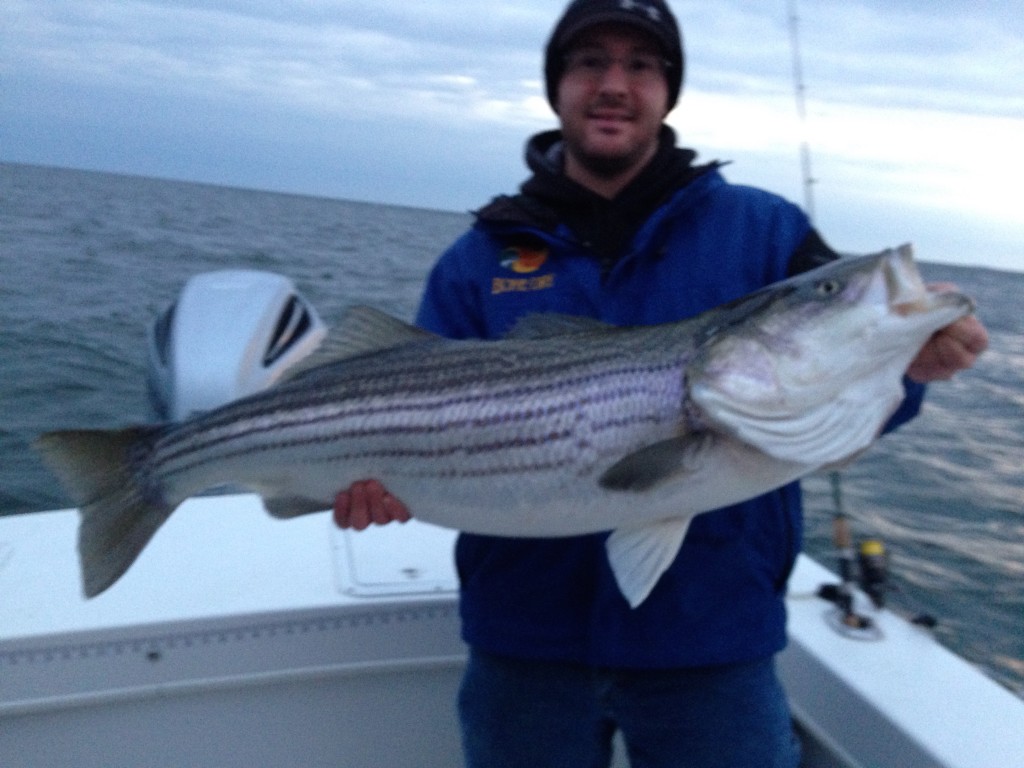 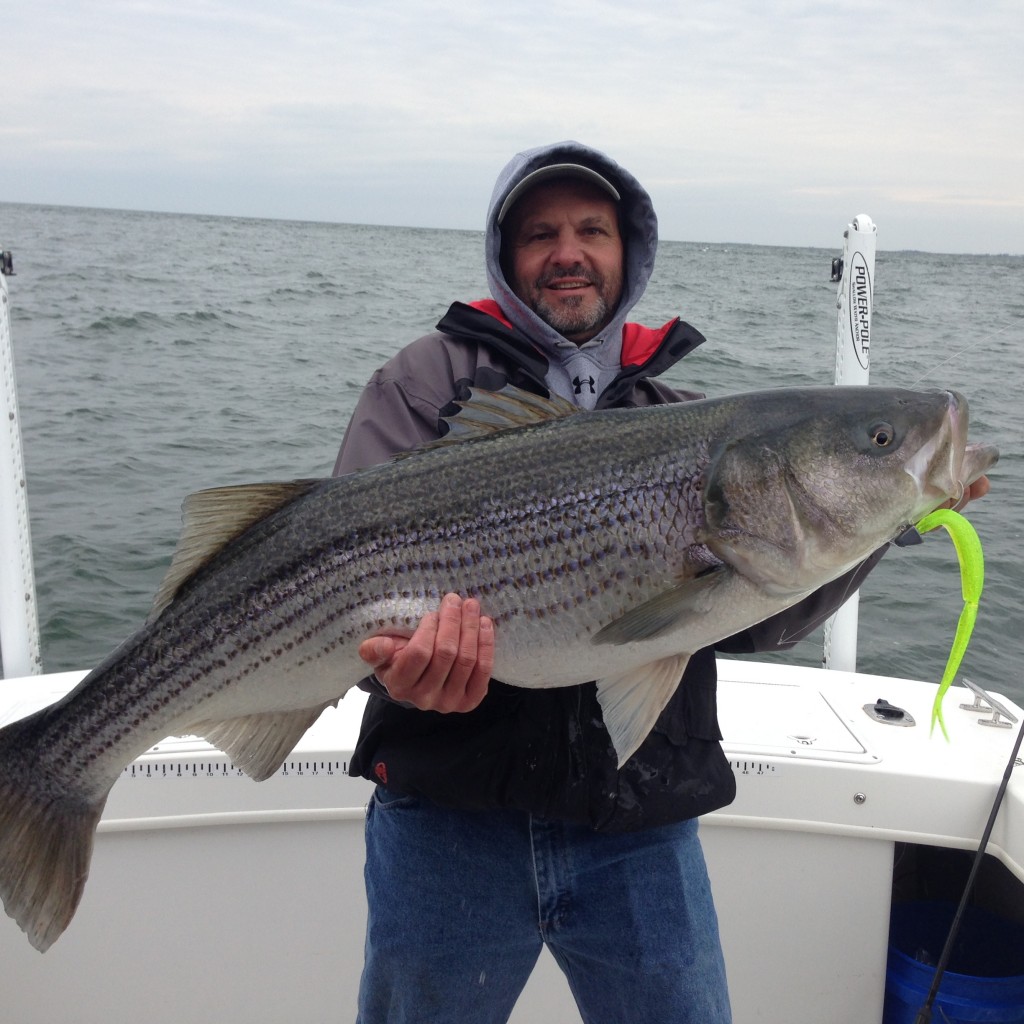 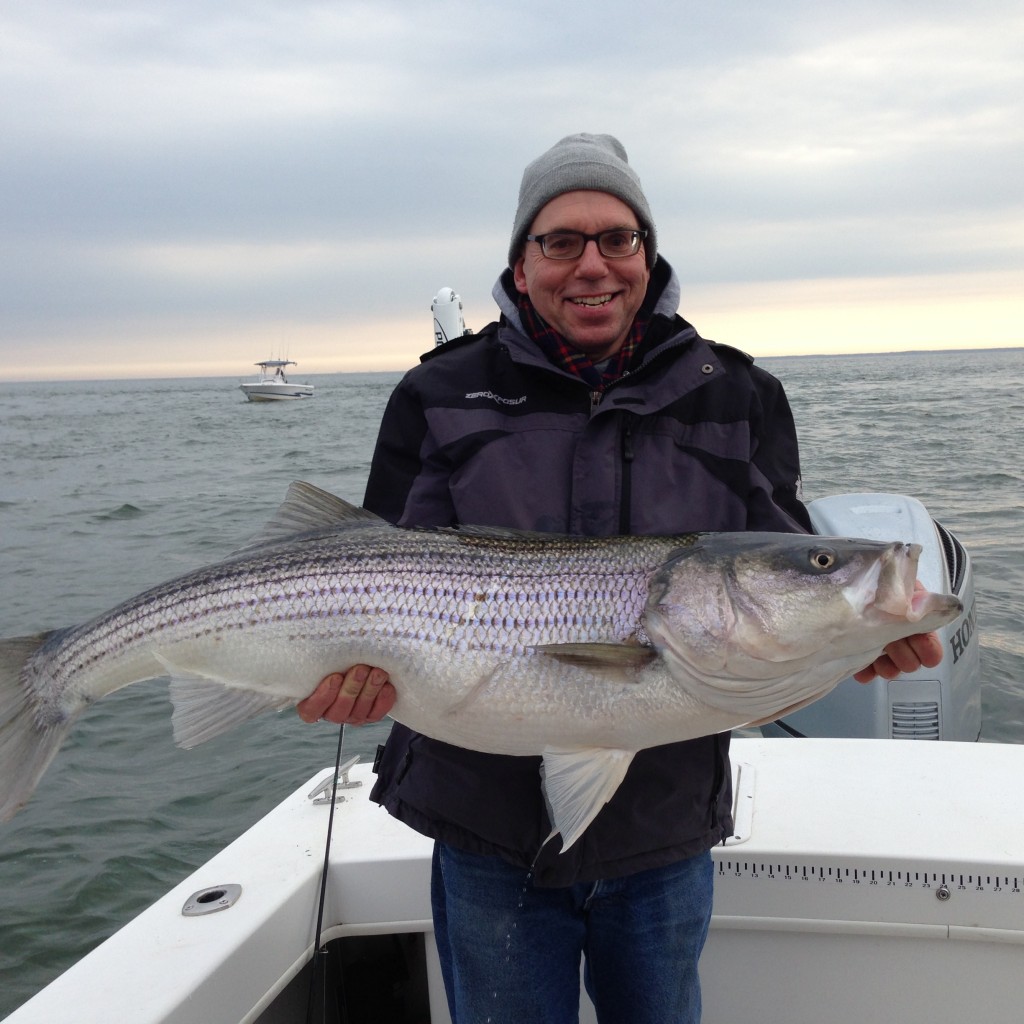 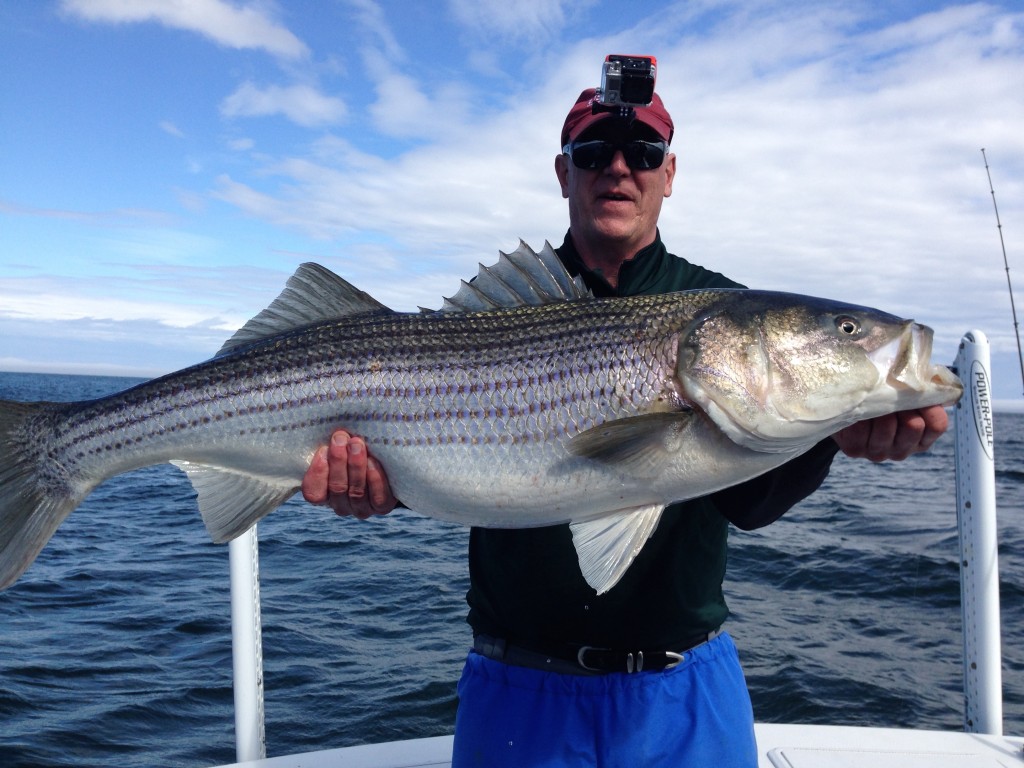 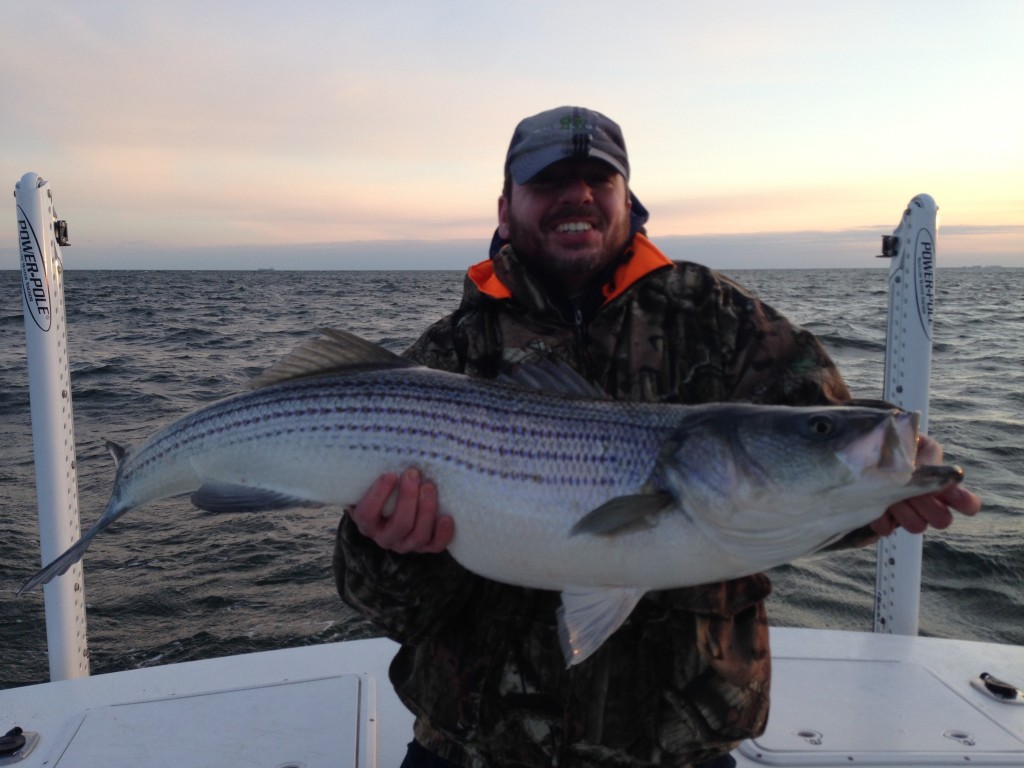 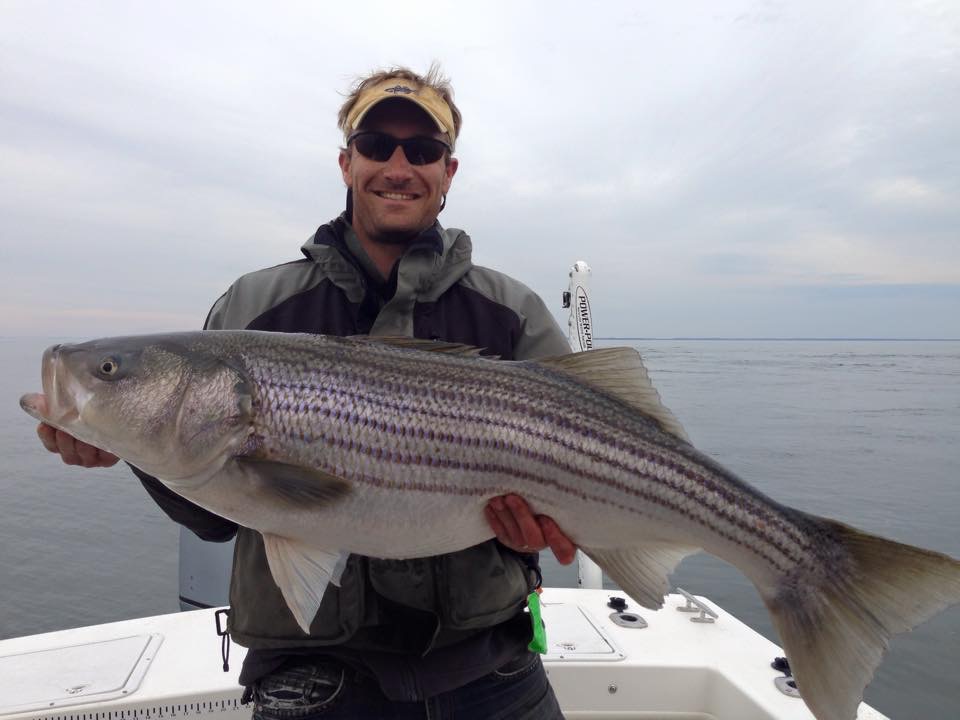 a fatty for jon! 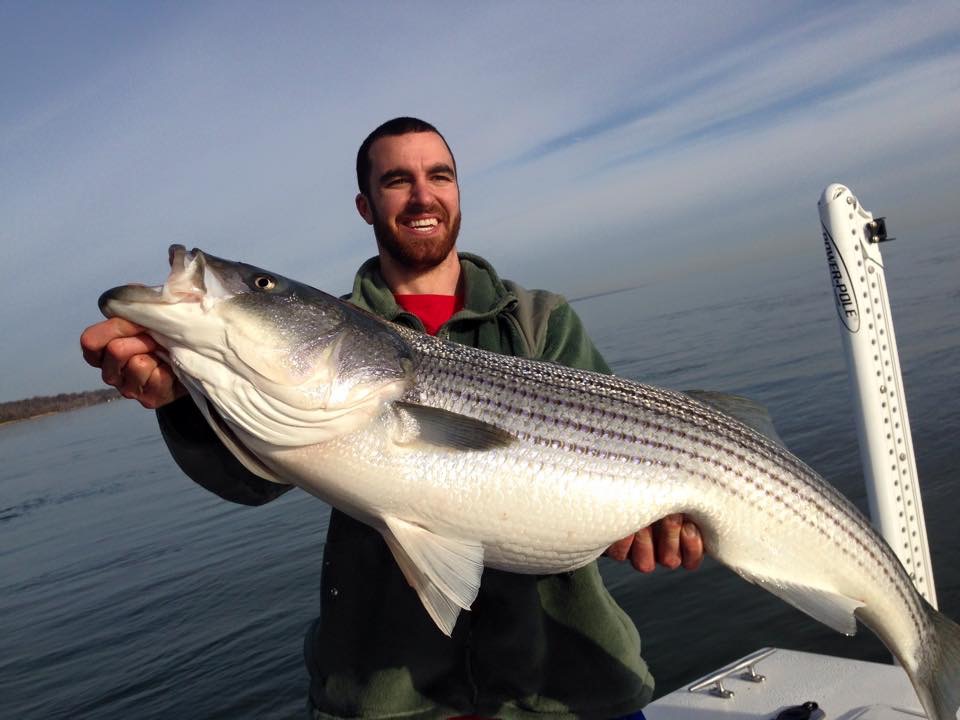 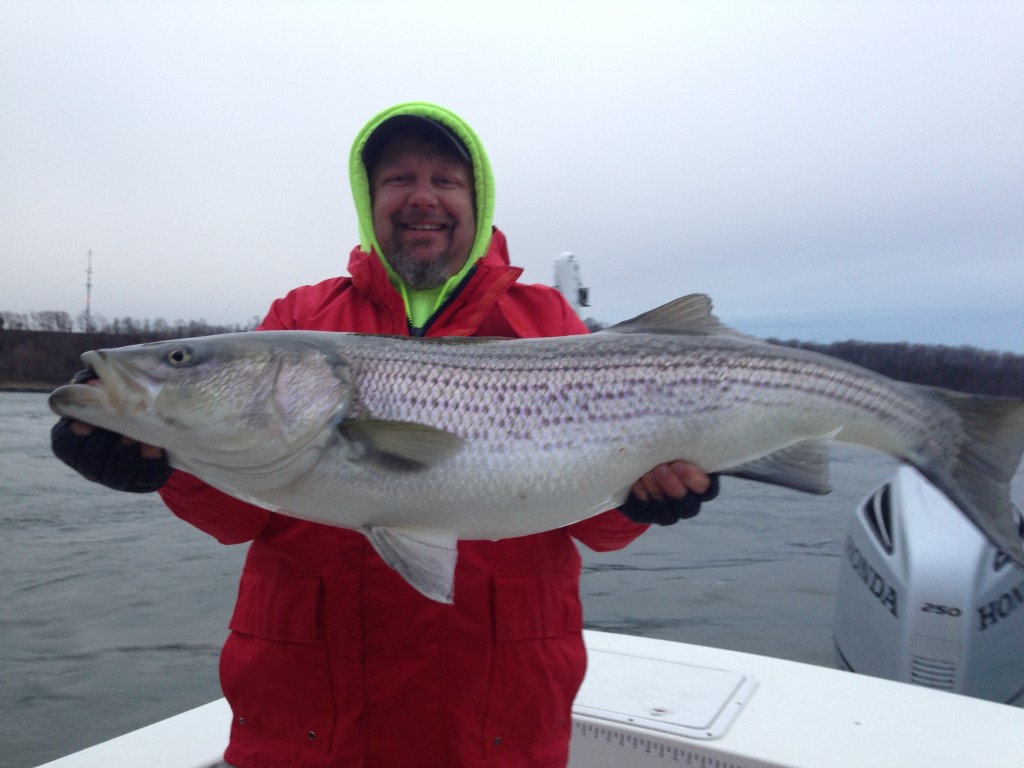 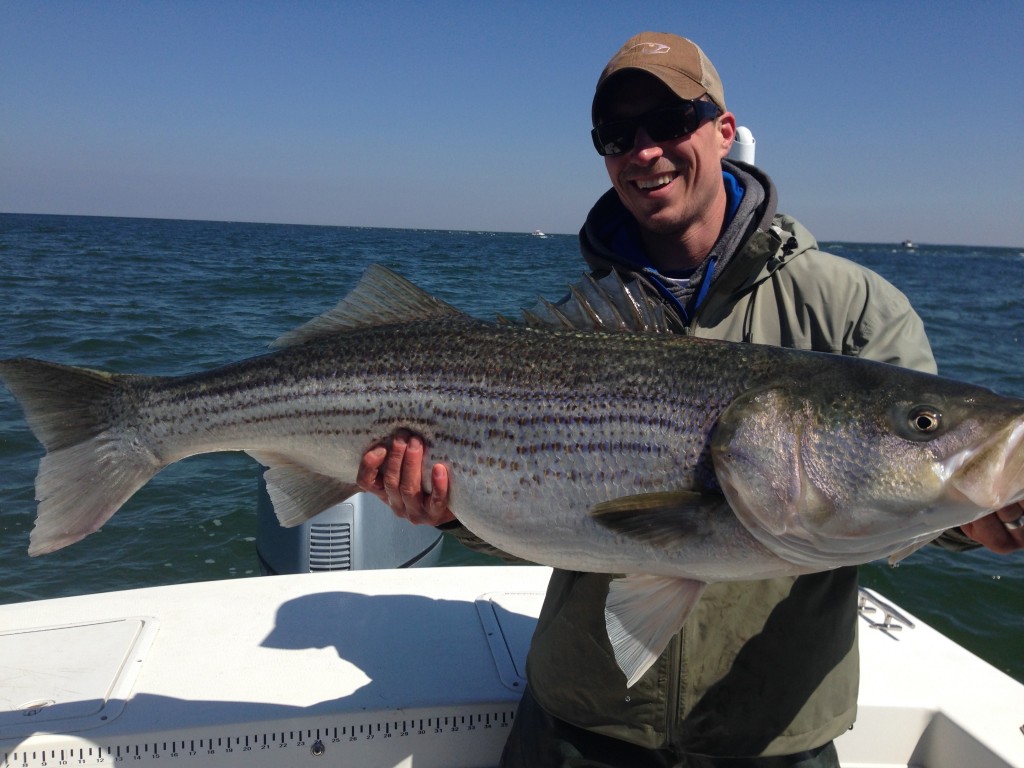 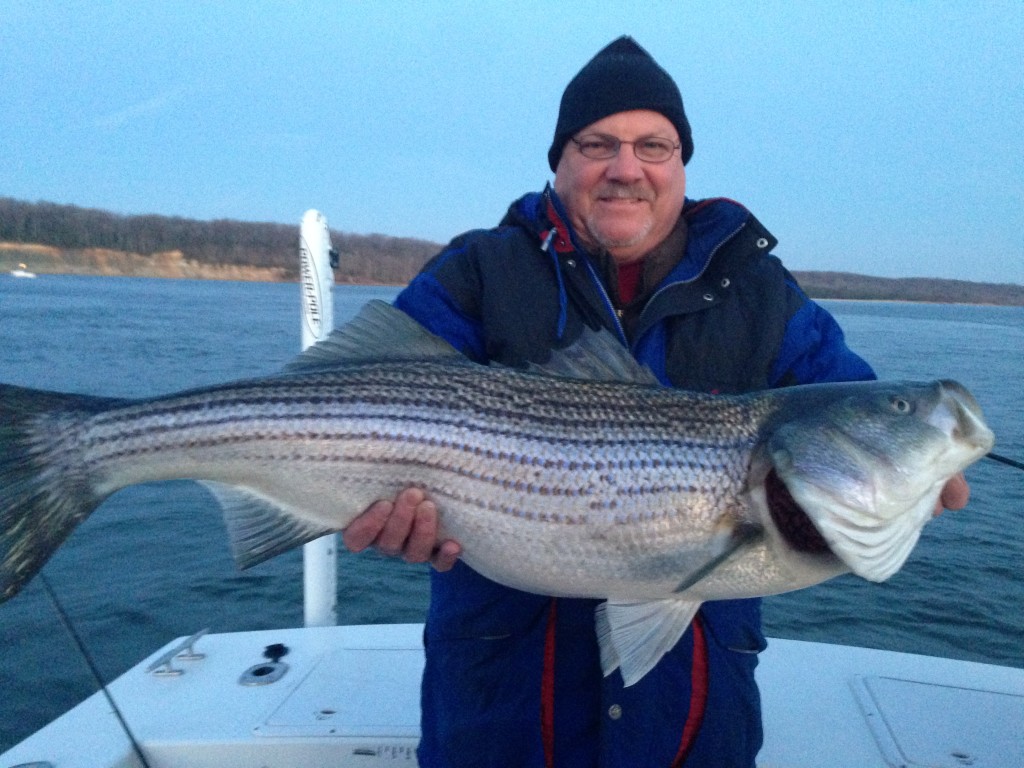 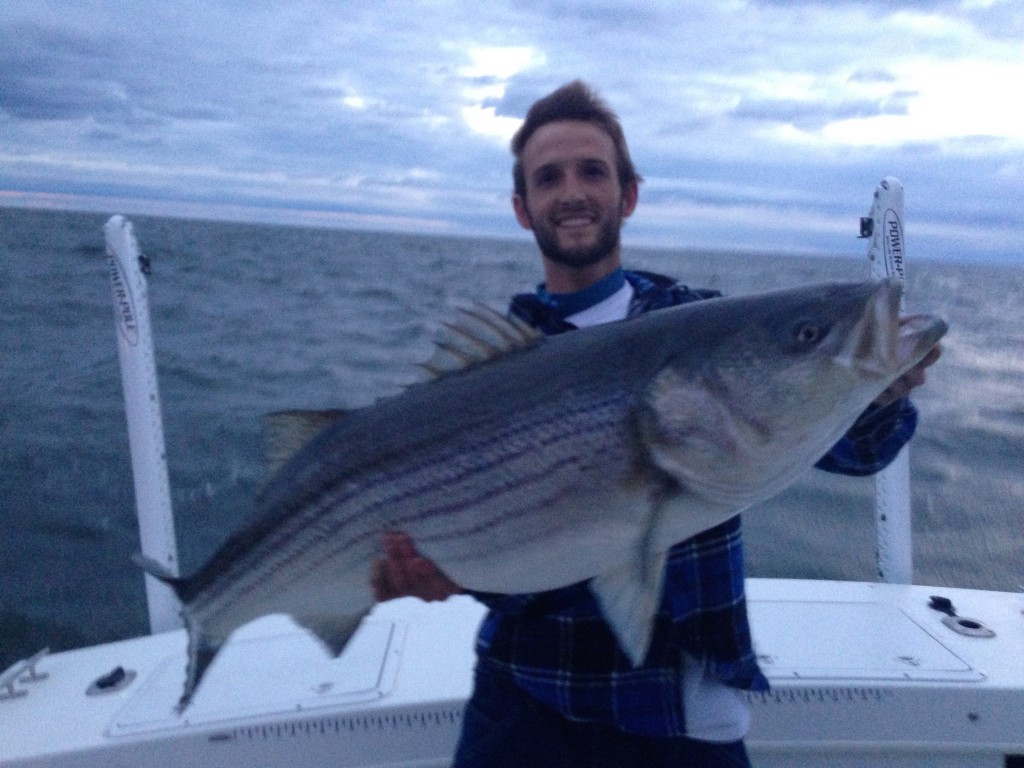 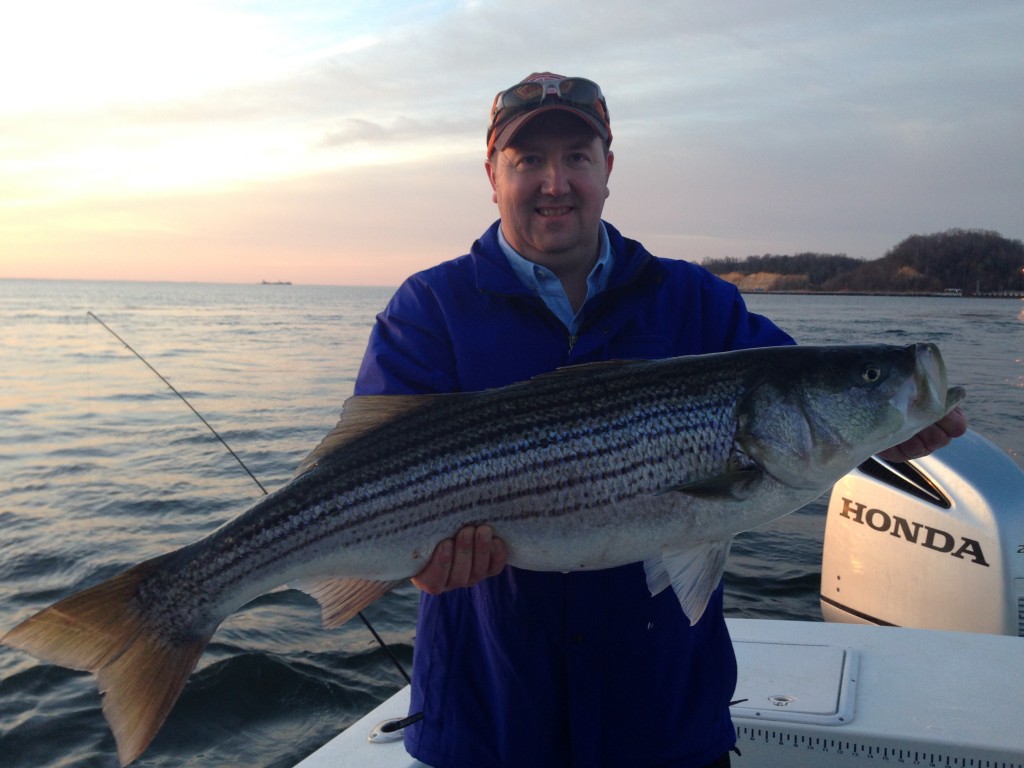 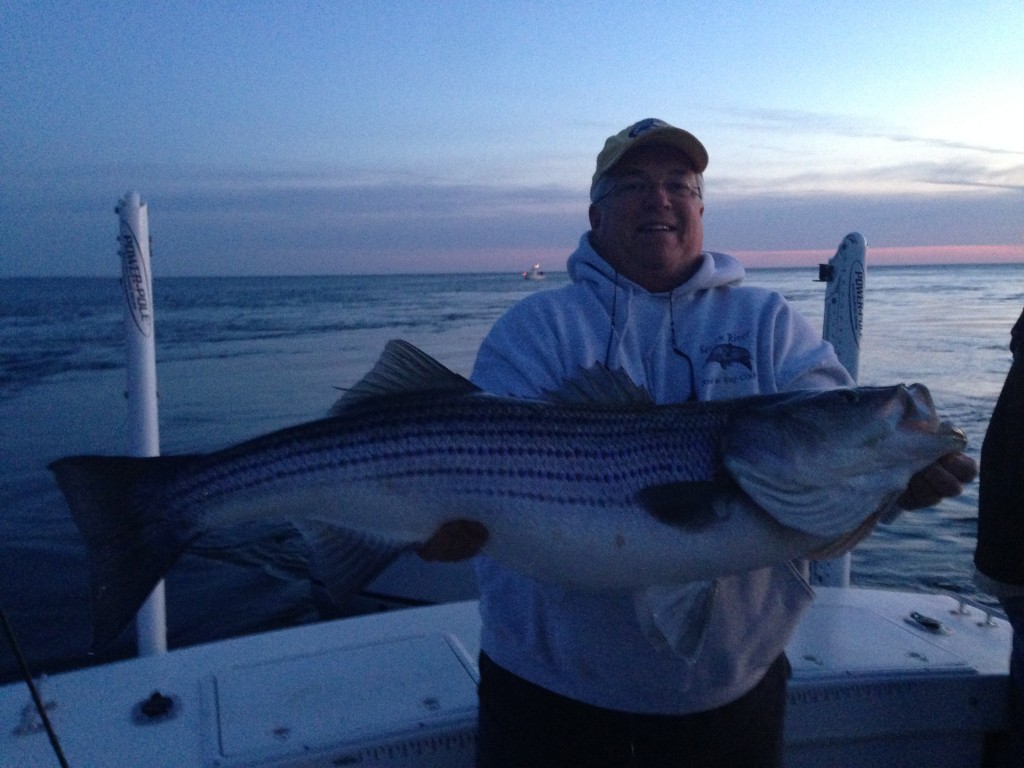 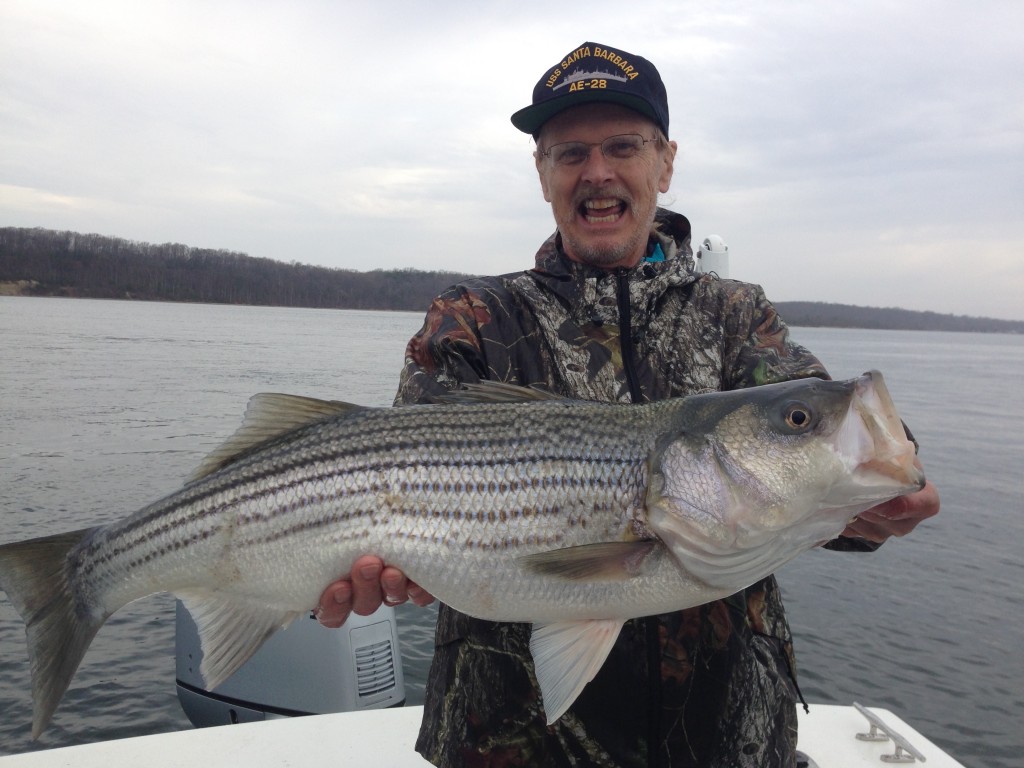 Whew……lot’s of great fish and that’s just a small sampling!  Great stuff for sure and none of the big fish died being caught and released!  That makes it even better……

Big fish are still around and available on light tackle at the power plant.  I did roll to the eastern shore today to see whats going on over there…..we did catch a couple fish!  It won’t be long and that fishing should fire up real good! A few days of a little warm and sun will do it!   Right now however the power plant is still happening so I thought I’d open up a couple walk-on dates!

-I provide all rods, baits and tackle. License is also provided

-all catch and release right now

-will have heat on the boat if it’s chiilly 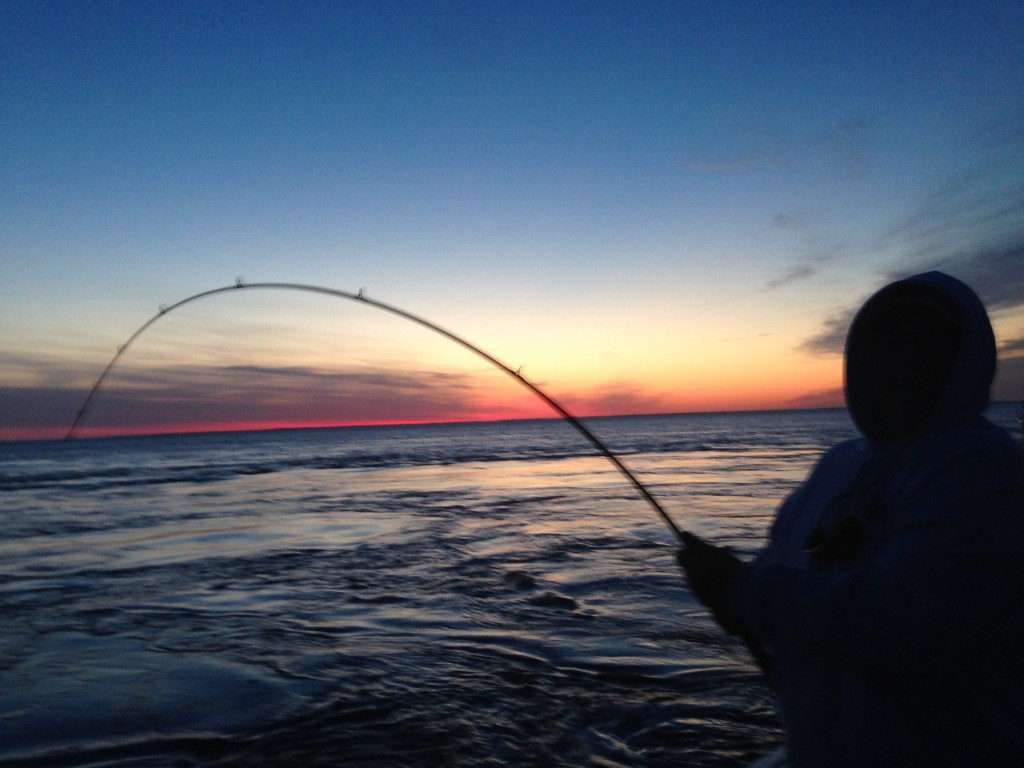