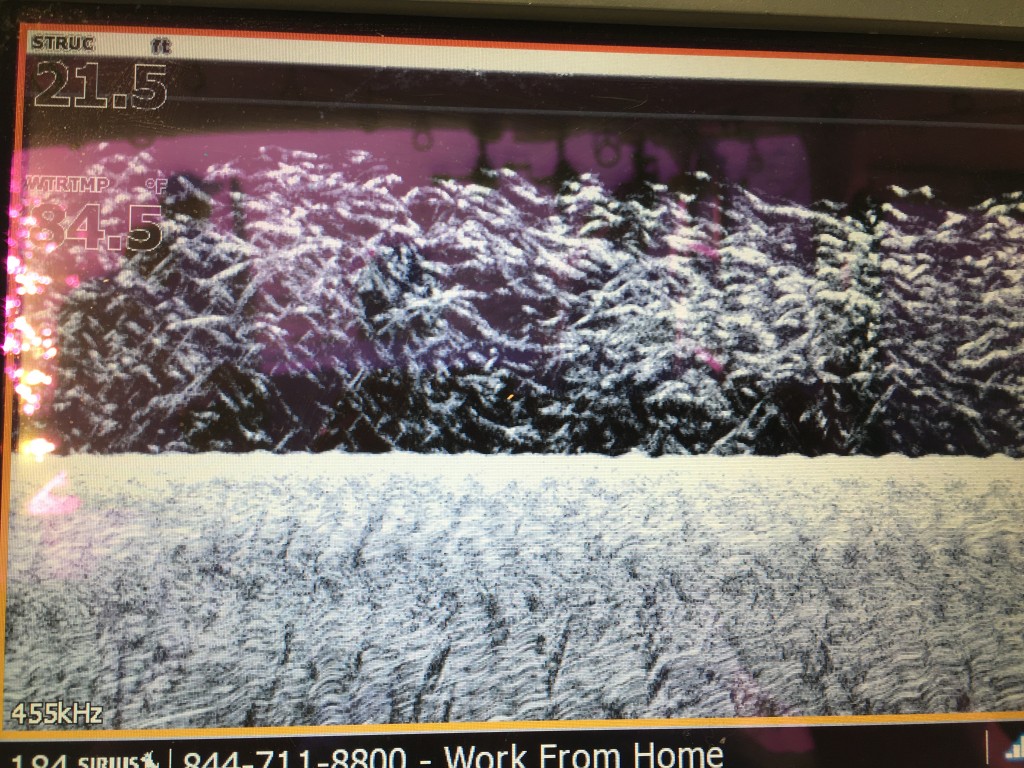 Been seeing alot of this lately! 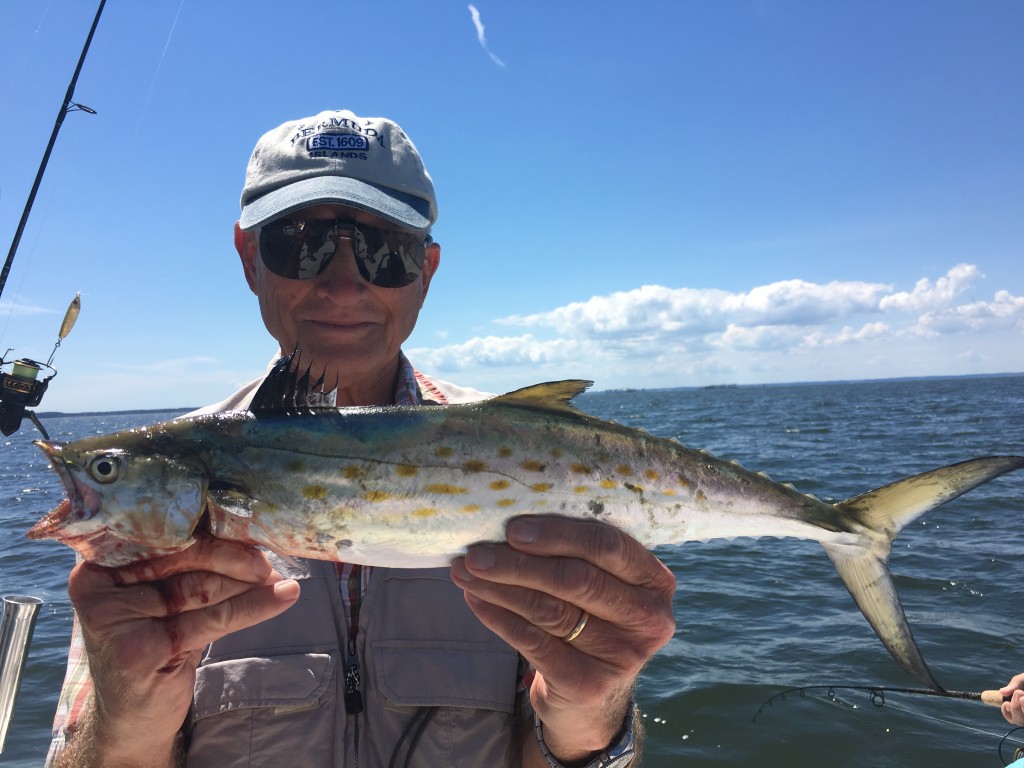 Last week after the tropical storm thingy or whatever it was I fished the eastern shore skinny water a couple of days.  We picked up some nice Stripers and even 3 Specks!  We lost a Speck at the boat which was the largest I’ve ever seen…..I’ve had 2 Specks at 30″ in the past.  This Speck was bigger than that for sure.  I’m glad it’s still swimming! 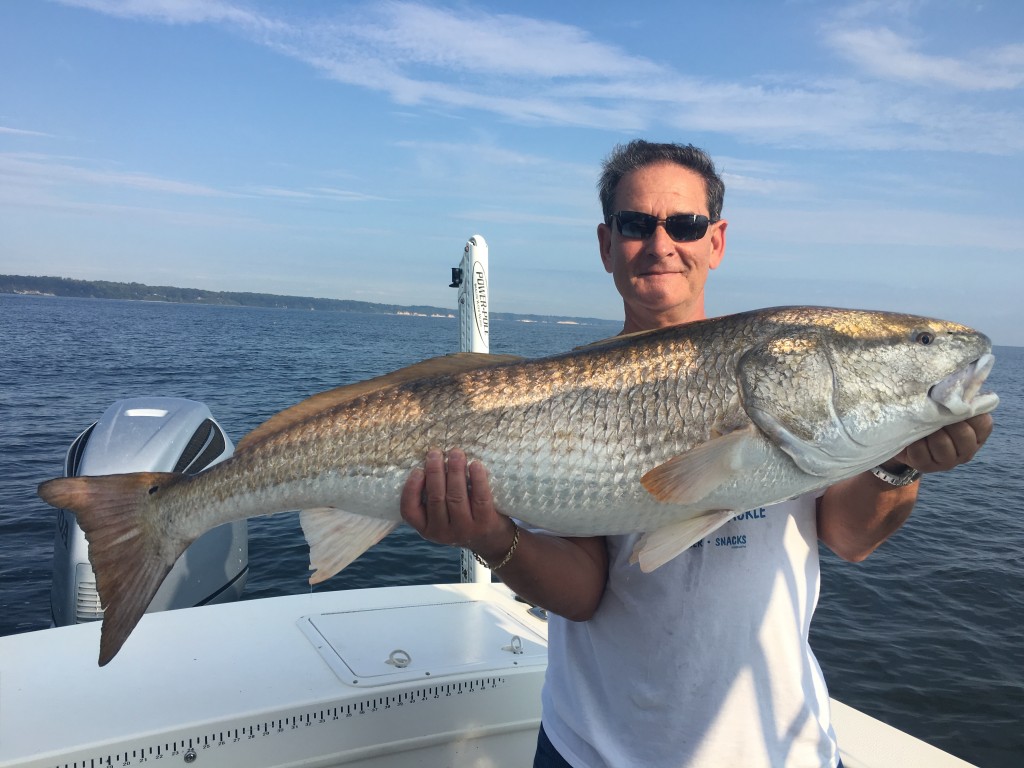 This monster was caught on a chartruese 5″ z-man on a 3/4 jighead.  Z-man plastics are Bluefish proof……so….instead of losing all my bkd’s with all the blues around Z-Man is a great alternative.  I’ve had several Reds lately but none expected……not shocked but never expected.  They tend to just show up under breaking fish for me.  I’ve caught most of the Reds on Hardhead Custom Baits 1.5 or 2 ounce jigging spoons but also have caught some on the Z-Man baits and one on a 6″ BKD.  Most of the Reds have hit down low but two recently hit right at the boat!  That is exciting…..when a Red monster blows up near the boat it’s shocking!  Wish it would happen every day! 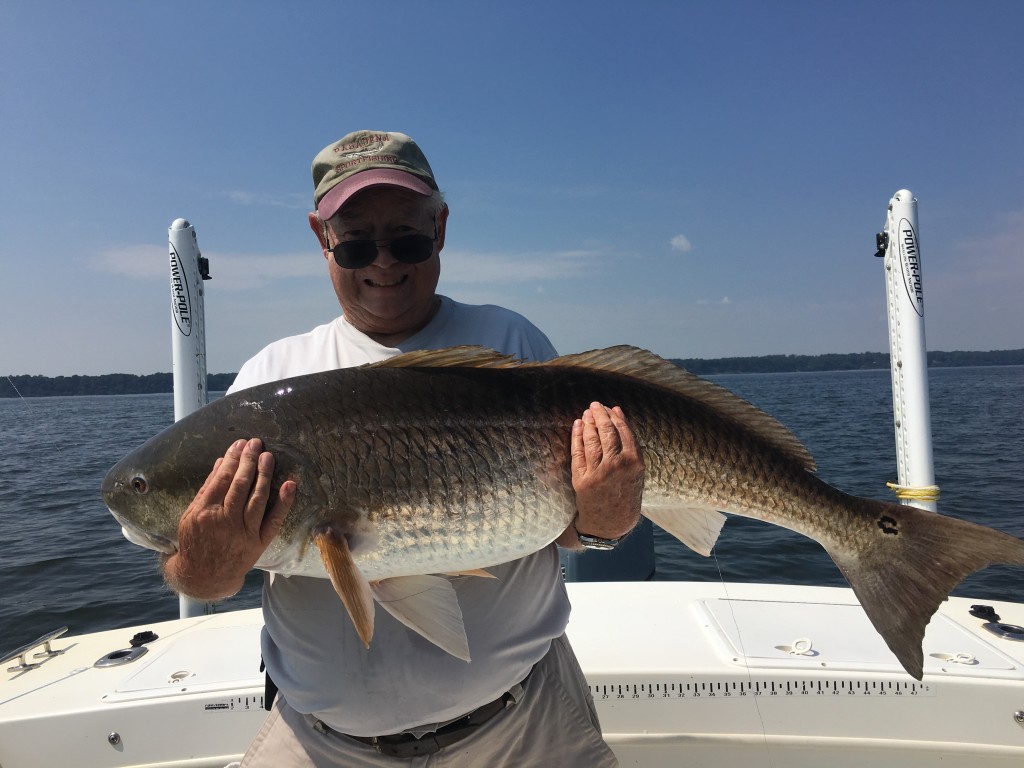 this beast hit right at the boat! Fred was surprised to say the least….it was on his bucket list!

Truly an incredible accomplishment to hook and land one of these beautiful fish on light tackle, land it and release it…..seeing them swim away is special!

We will launch from Solomons Island Island….Beacon Marina at 260 Lore Road, Solomons, MD. We will run the bay looking for surface activity and fish some structure.  Depending on water temp in the islands we may run there also.  Light tackle will be happening all day!  Lot’s of Stripers and Blues with an occasional Spanish and maybe a giant Red!

Launch From Beacon Marina, Solomons Island, 260 Lore Rd at 6am and return around 2pm

I will fillet fish at the end of the day

I provide all Baits and Tackle…..feel free to bring your own…….

All licensing is provided

If you are interested in going on the trip 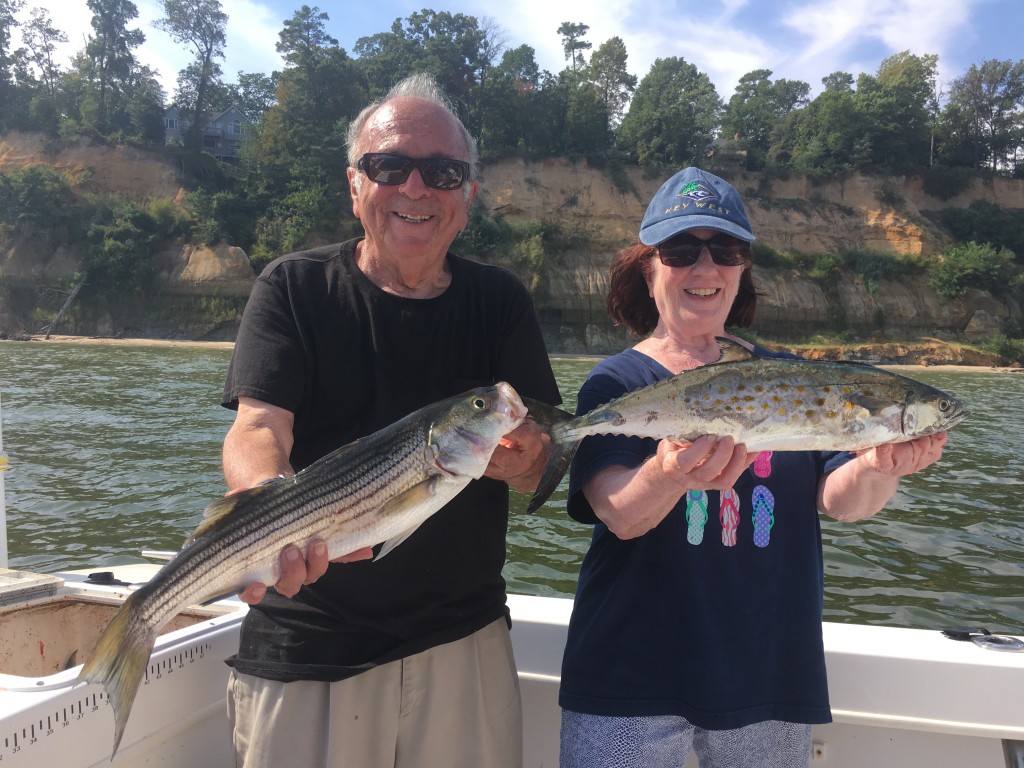 come on out and give it a shot!

Posted under Uncategorized
Comments Off on 11 September Fishing Report and Open Walk-On Trips!