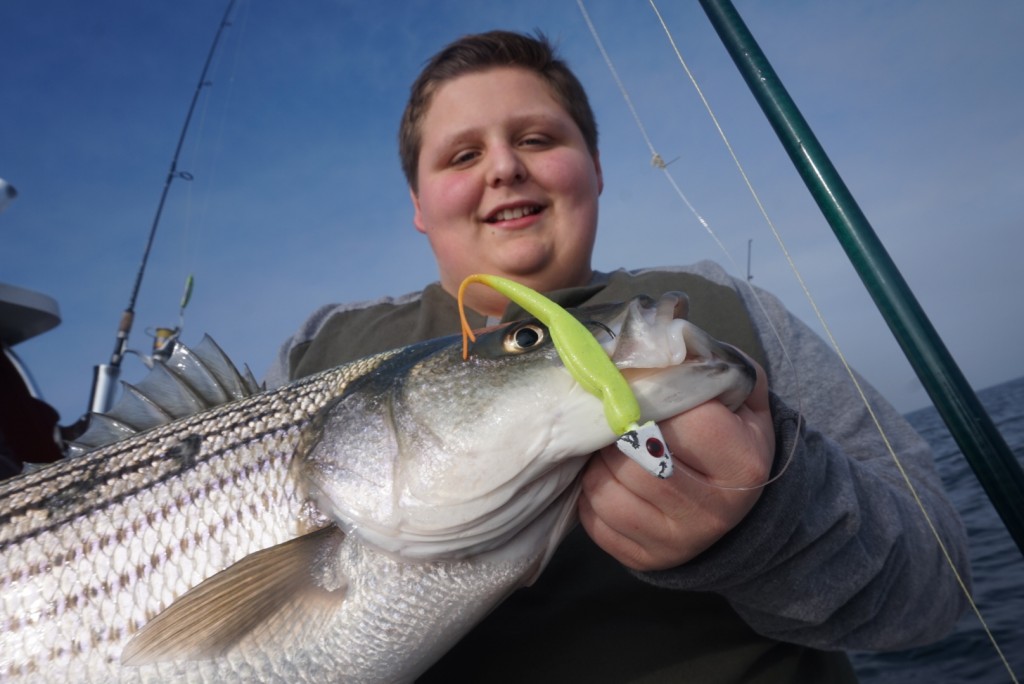 My Fish’in Buddy Slam’in Sammy with a bait he made called The “Slamm’in Sammy” caught endless fish on Saturday! Way to go Sammy!

Winter is here…..high water temps have kept lot’s of Stripers in the Point Lookout Region longer than normal.  Historically I’ve been well south long before now plying the waters for Stripers on the light sticks.  This year is quite the anomaly in a good way!  I fished this past Wednsday thru Saturday catching fish all day everyday.  Incredibly great stuff.  Many fish over 30″ with the biggest at 37″.  WIth water temps in the 40’s the fish fight really really strong.  They are gorging on the millions of Menhaden and other forage fish in the region. 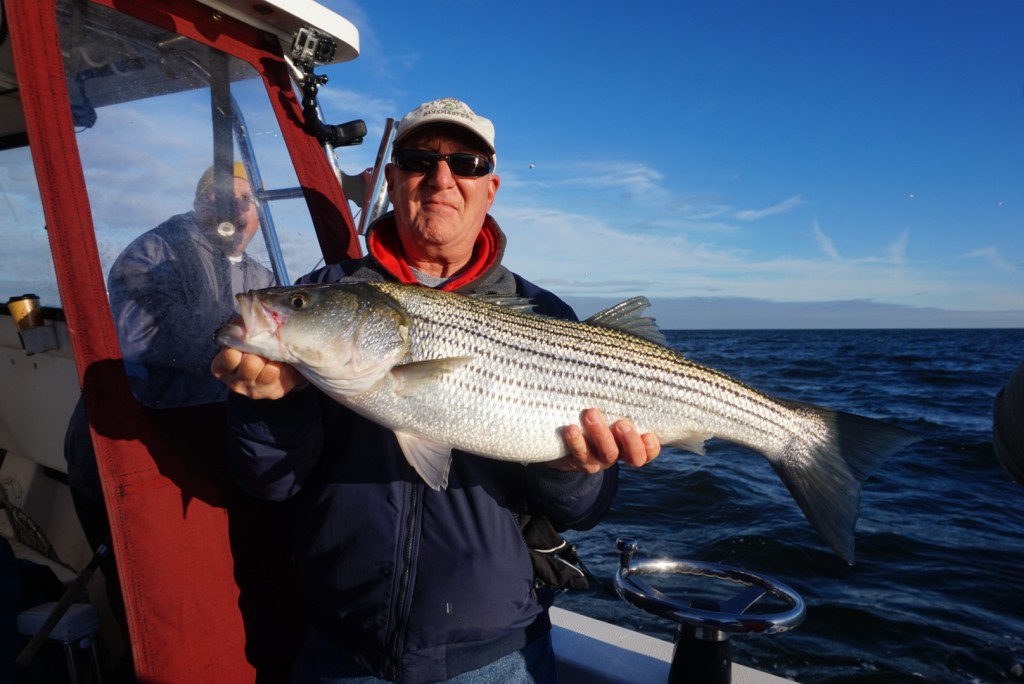 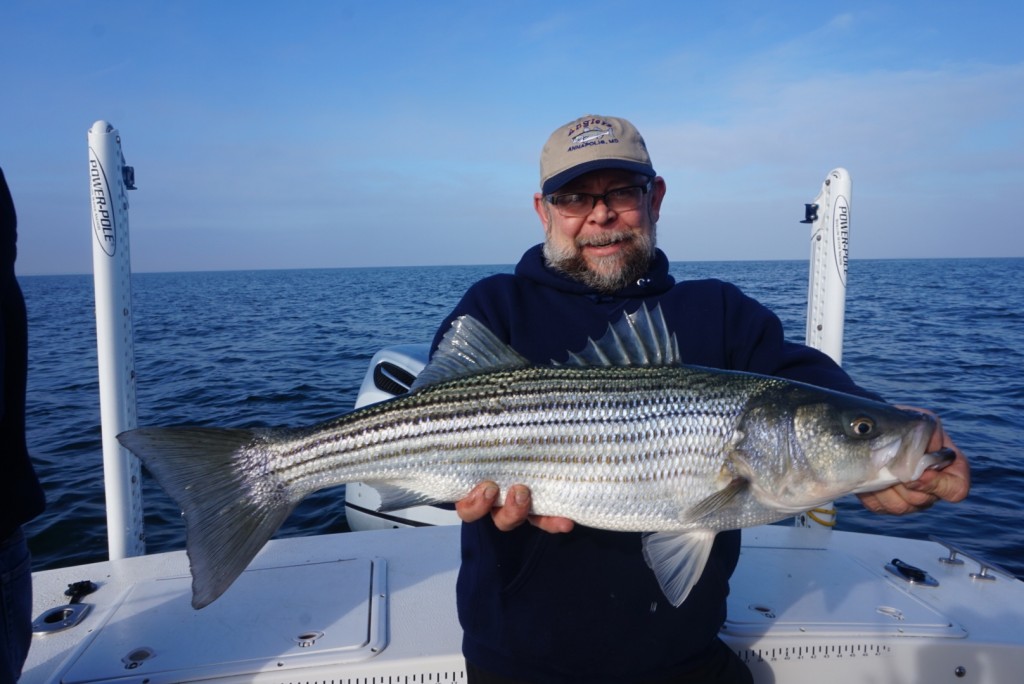 Today the air temp is around 60 and the water temp off Point Lookout is hovering around 48 degrees.  Still need several more degrees colder to move fish from the area.  I think I’m going to attempt to get on the water on good weather window days to hunt down and catch Stripers until they leave region.  At that point I may move south with them.  Who knows…..they could end up thick at the Chesapeake Bay Bridge and Tunnel!  Time will tell!  So…….for the short term I’m still going to fish out of Buzz’s Marina and run the Potomac and south if needed.  Last year fish were caught in the Potomac at the end of December with water temps in the low 40’s.  I think we’ve still got some great stuff to come even with cold temps about to happen again! 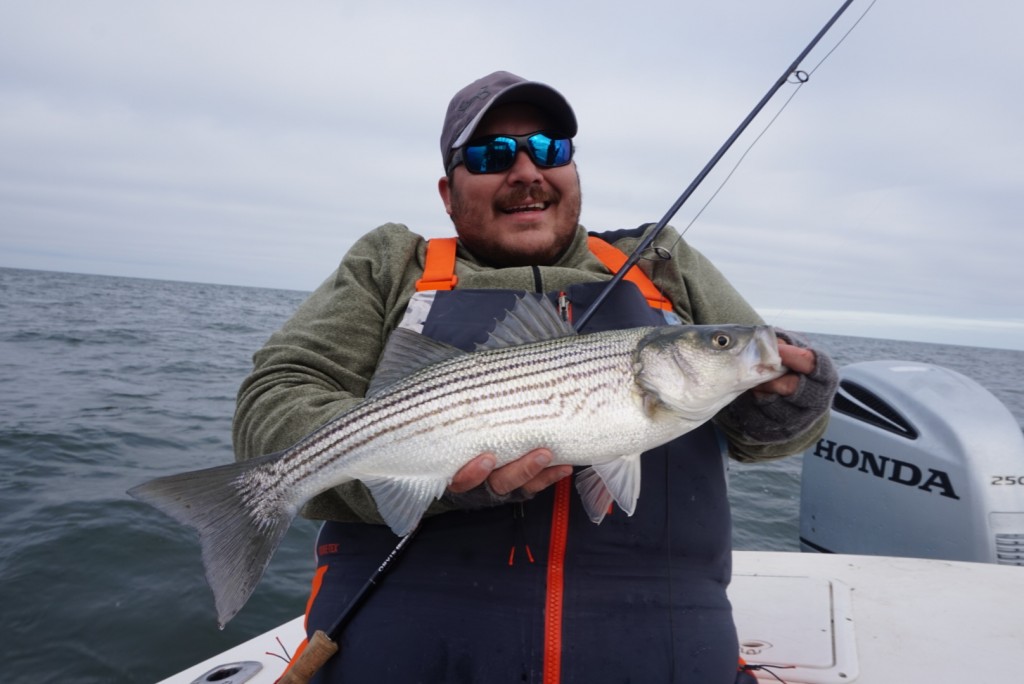 Have had many on the fly lately!

Looks right now as if Thursday, 14 Jan will be the next good weather window to fish.  I don’t believe the water will be below the threshhold of holding hungry fish.  So a Walk-On Trip is in store!  We will launch from Buzz’s Marina with heat in the boat and what is forecasted to be light wind.  We’ll roll out and hunt down the Stripers!  Could be spectacular or …….who knows…..we won’t know unless we go!  I do think a great shot will exist to do great!

I provide all baits, tackle and HEAT inside a closed cabin! 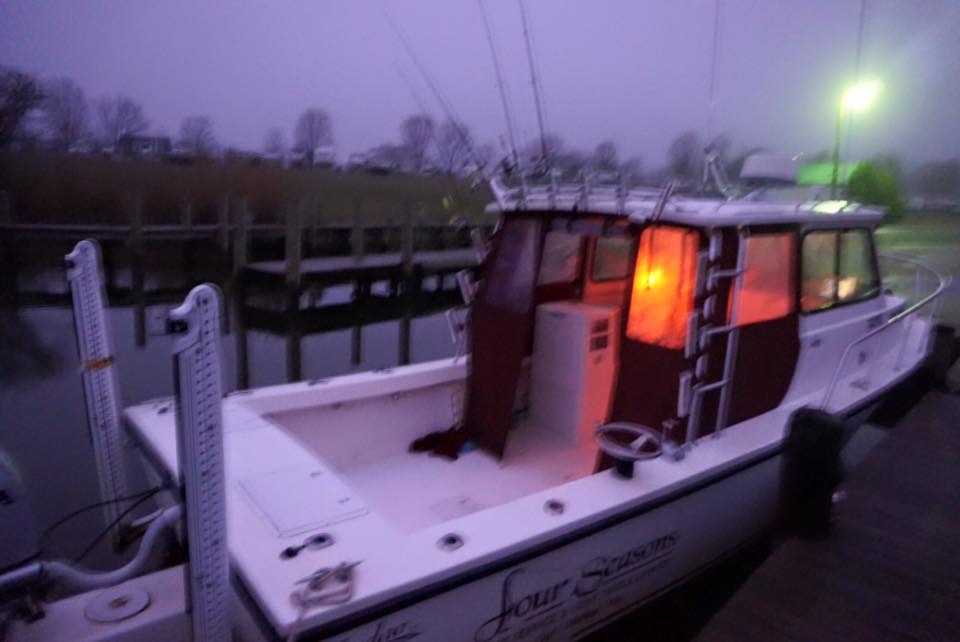 Heat, cabin, tank full of gas, lot’s of BKD’s, Lil’ Bunker Spoons, Hardhead Custom Baits and Shore Tackle Custom Rods Ready to go!!!!!!!! Come on out and give it a shot!