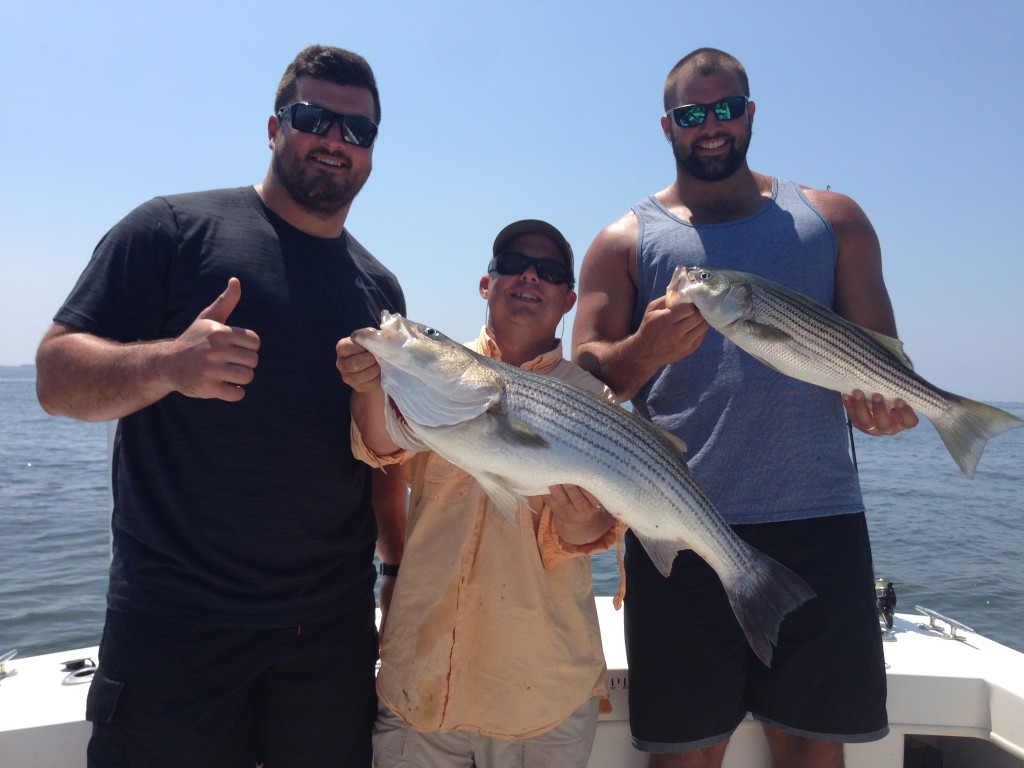 Me and a couple of Pittsburg Steelers on the bay!

I moved my boat up to Deale, Md…..seems as though this year is the same as the last few.  All the Stripers have moved up to the portion of the bay from Poplar island north to Rock Hall or so.  Of course Stripers are in other places but the numbers of fish are definetely north from where I like to fish.  Looks as though Speckled Sea Trout are not making a strong showing in MD waters and aren’t in Maryland in any consistent numbers.  So……stripers and blues are what we will be catching on light tackle for a bit.  The waters out of Point Lookout can certainly produce some exotic stuff like small Cobia some Reds and who knows what else.  Stripers aren’t in those waters with any consistancy.  I’ve been fishing structure from Sharps Island north to well above the bay bridge.  I’ve caught fish recently at the bay bridge pilings and deep water from Deale, Bloody Point and areas north of the bay bridge.  Today the hot ticket was jigging aggresively in swarms of menhaden.  Throwing on the edges of a big school of menhaden, letting the bait get down 30′ or so and then working it back to the boat aggressively.  No big numbers but some darn good fish.  Usually I can see fish in and around the schools of menhaden on the fish finder.  Some schools of menhaden held stripers today and some didn’t.  Had to keep moving and working pods of bait.  On other days I’ve seen fish suspended in water 35′ to 90′ deep.  The fish are usually 20′-40′ down.  Jigging on these fish can be tough for sure.  Trolling many rods by the charters and large rec. boats is certainly producing good numbers of fish in this condition. 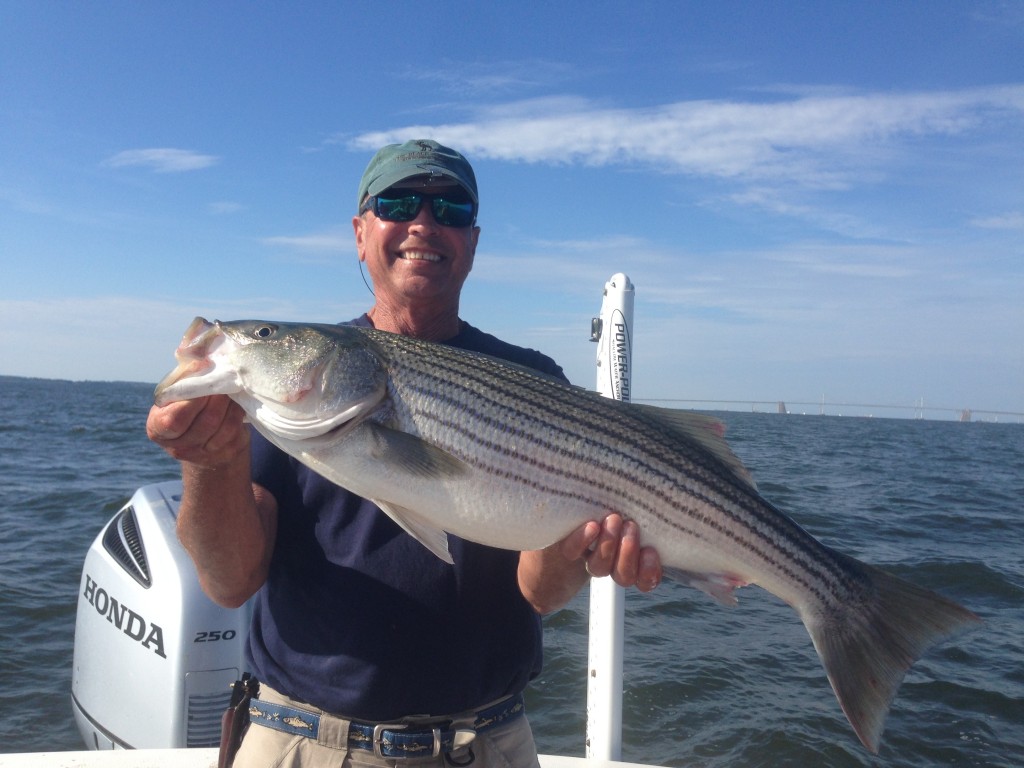 My buddy Mike with a good one!

Early mornings on some shallow structure can certainly produce some good stuff.  Recently I’ve had Stripers up to 30″ and many Bluefish on some structure southeast of Deale, MD.  Shouldn’t be long and we should see more breaking fish.  Breakers are always a welcomed site while light tackle sling’in! 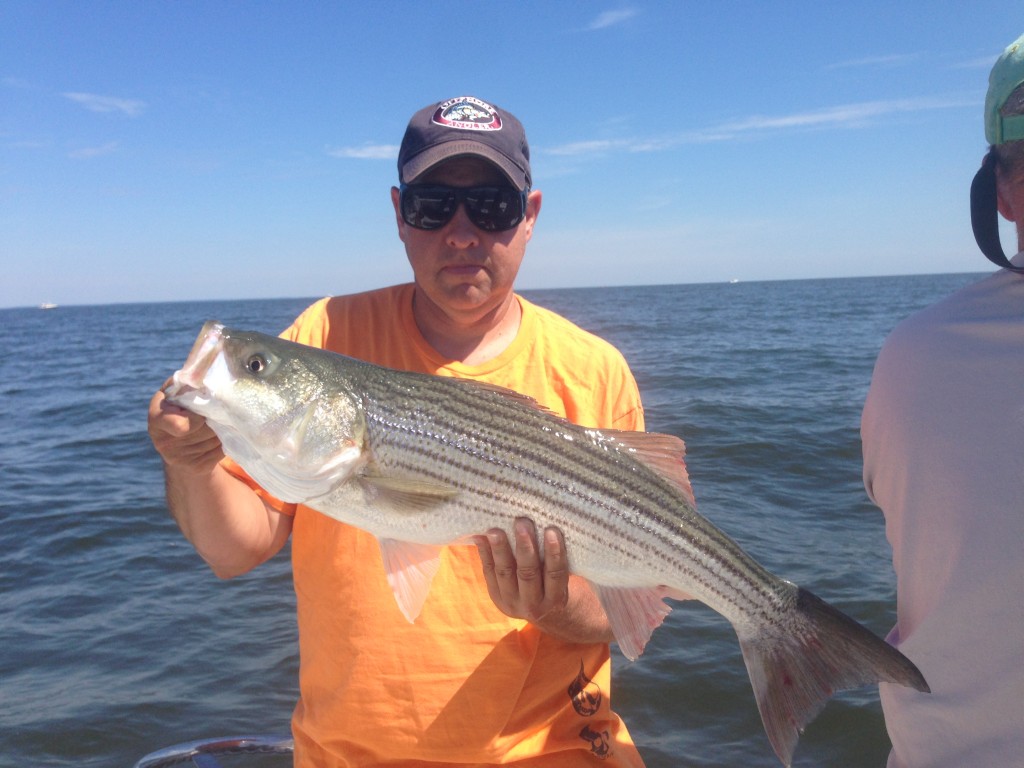 Bob jigged up a good one!

Have a crew who lost one of their folks and requested I attempt to get another person to pitch in as a Walk-On with them on Monday.

Monday’s extended forecast looks good and fish are being caught!  We will start out in the morning hunting down a surface bite on some shallow structure.  After that the hunt will be on for some great fish in the open waters of the bay!  Come on out and give it a shot!

Lounch from Paradise Cove Marina in Deale, MD we will fish from 530am till 130 pm or so.

I provide all rods, baits and tackle.  Licensing provided by the boat and I will fillet any fish we keep at the end of the trip.