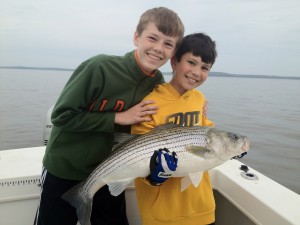 Folks, I’ve been fishing 2 trips a day almost every day and am really tired at the end of the day…..very tough to work from before daylight till after dark and then do fishing reports to boot….I need help!!!!!!!

So far so good at the flats!  I’ve had many more good days than bad days.  A great report is I haven’t had a skunk yet.  Had some tough days with less than 10 fish but no skunks in 2012 yet and I hope none will happen.  Numbers of big fish have been few and far between.  I’ve had lot’s of schoolies between 14-20 inches with lot’s of fish 22-26″.  Haven’t had a huge number of fish over 30″ and only a couple over 40″.  So….for me I’m worried about the “big fish” population, or, I’m just not getting very lucky.  Most fish for me have been caught on 6″ chartruese glitter BKD’s ( basskandydelights.com ) and 4″ Chartruese Sassy Shads.  Some fish have come on Tony Accetta Spoons (gold and silver) and assorted shallow running crank baits.

Have had some very memorable trips with families who’ve had a ball catching some fish together…..my biggest thrill is making memories for folks who come out with me.  Nothing like the thrill of folks catching fish who don’t normally have the opportunity to catch nice fish on light tackle.  Here’s a shot I really like! 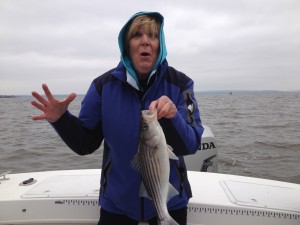 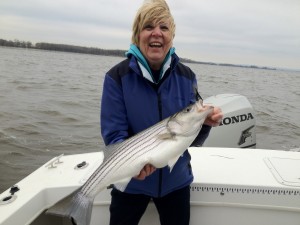 Once she got it going she never slowed down, AWESOME!!!!!!

The nice lady abover did great but so did her grand kids!!!!! 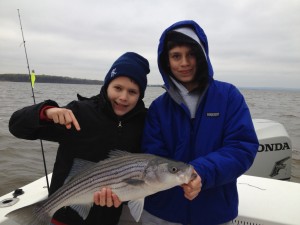 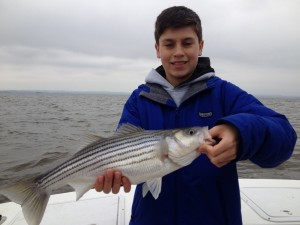 Throughout the month of April so far fishing has been very good.  Some days have certainly been tough but many great days have been had……here’s some more memorable shots of the flats season so far. 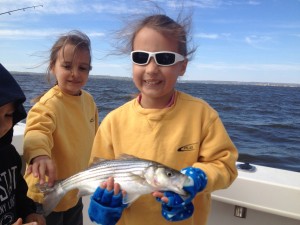 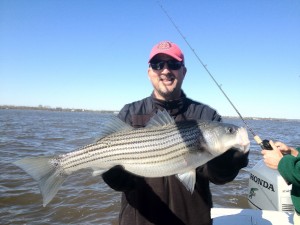 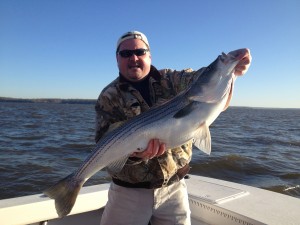 The Picture Says It All…….. 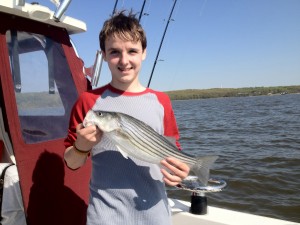 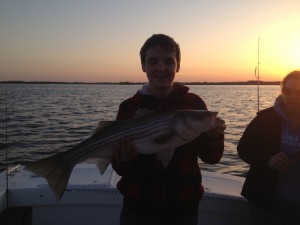 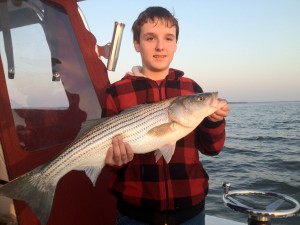 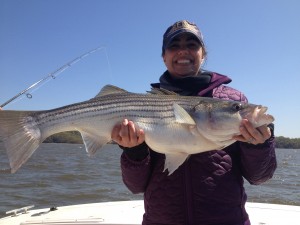 Lovely lady with a lovely striper!!!!!!

I’ll be fishing till the end of April and maybe till May 3.  If the fishing maintains I’ll be staying at the Susqy Flats until the season officially ends.  If the bite dies I’ll be heading back home and starting out of Solomons.  It’s nice to see a good number of fish on the flats and eager to hit.  Let’s hope the second half of the season up here just gets stronger.  Things are adding up to looking really good on surface plugs and big fish.  Recently a huge slug of big fish came onto the flats and entered the shallows.  Caught some on surface plugs but the fish were not hitting well……I’ll bet we’ll have and epic bite very soon…..Hopefully tomorrow!!!!!

I’ve got some available slots for fishing the flats after April 24…….if you would like to book a spot give me a call!  Thanks all and good luck fish’in!!!!

Posted under Fishing Report,Sticky
Comments Off on Susqy Flats…..2012 Season a success so far!!!!!