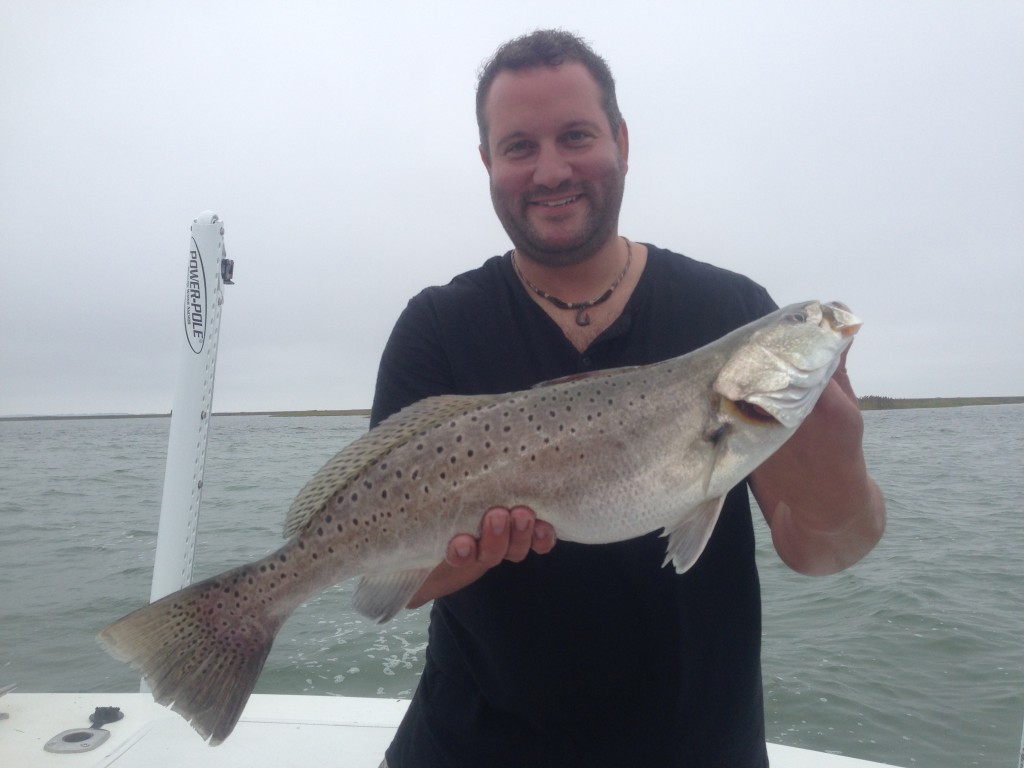 Biggest Speck in a Long Time!!!!

Speck fishing this year is way off in numbers compared to the prior three years.  At this point last year I was up to 747 Specks caught.  This year I’m up to 53……that’s it!  The winter kill in VA an NC seems to have really knocked off a huge number of Specks which may have been in Maryland waters this summer.  Well……with that said the fishing is still really good!  While hoping for a speck or two the stripers are really running wild in the shallow water haunts of the eastern shore islands.  Great bent sticks are occuring all day, every day that mother nature lets me ply the waters.  Jigs and surface plugs have been connecting on lot’s of great light tackle stripers to 27″ or so. 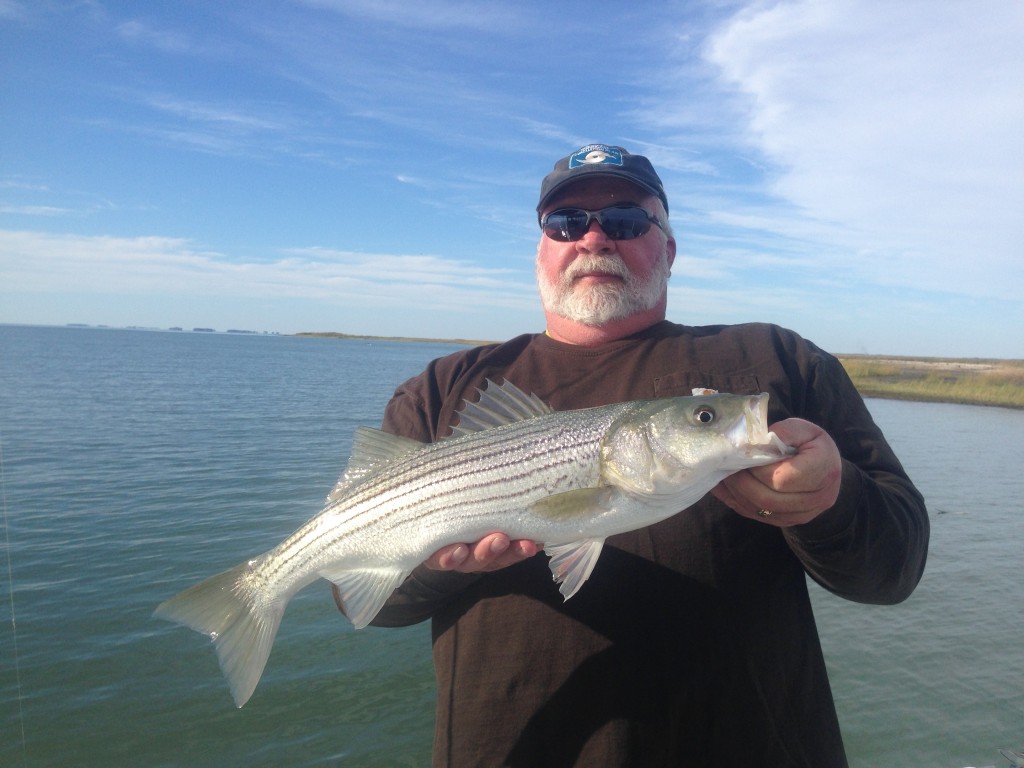 I think the 2011 spawned Stripers are now 17 1/2 to 18 1/2 inches or so………seems like the numbers of fish in this size frame are very robust in the shallow water.  As long as they stay out of nets we may see a great number of really nice skinny water fish next year.  Let’s hope!

Today’s walk-on trip was great!  We had 4 nice specks and more stripers than we could begin to count.  With water temps in the upper 60’s the fish are very robust and when handled properly they are very strong upon release.  Good stuff!!!!!!! 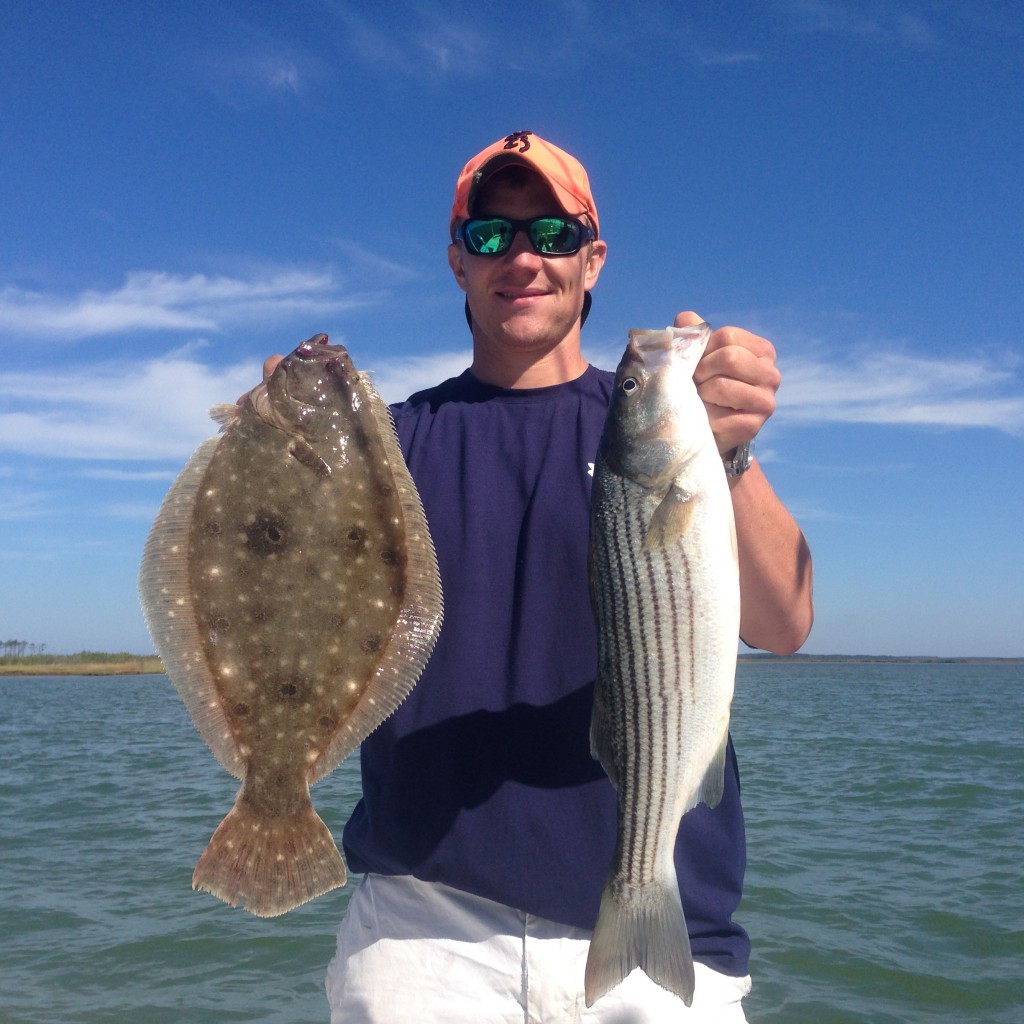 Even a Flounder along with the Stripers! 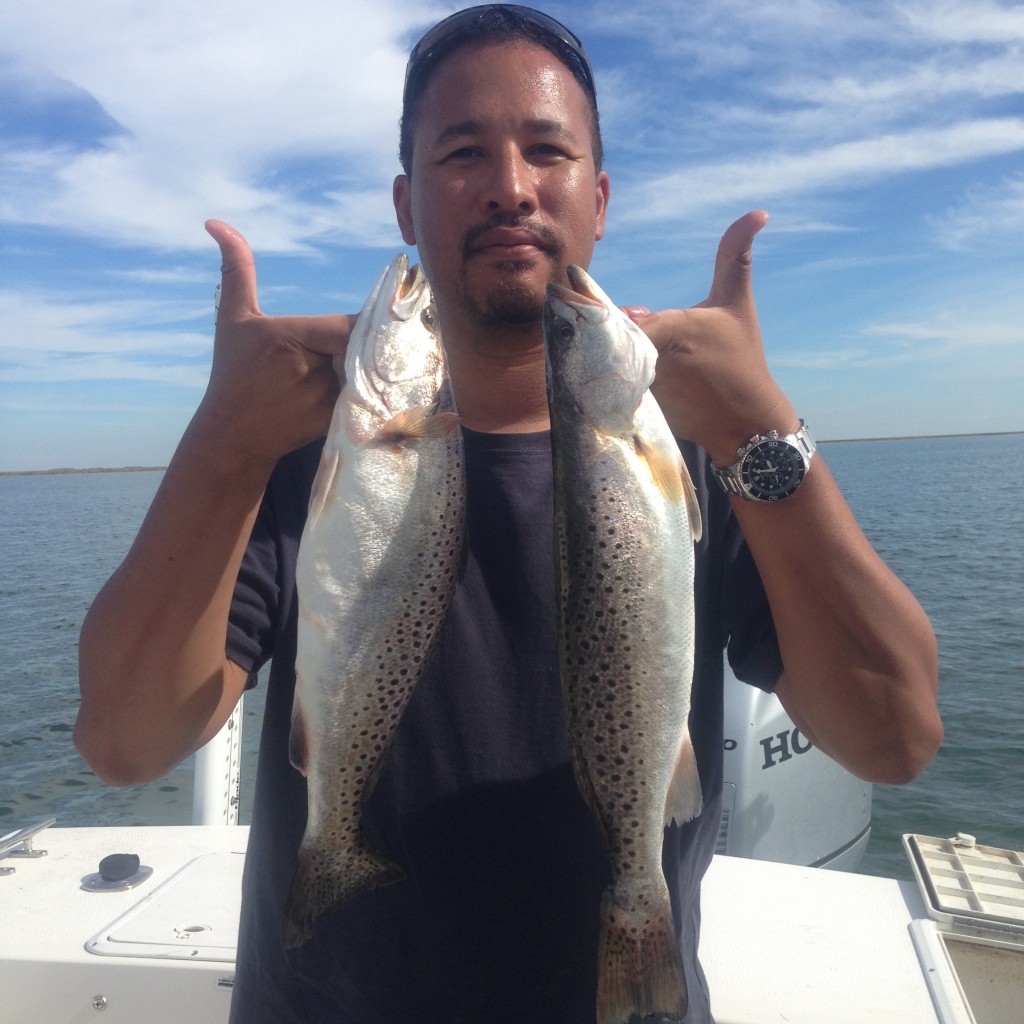 Posted under Fishing Report,Sticky
Comments Off on Skinny Water Catching is Holding Up REALLY Well!!!!!