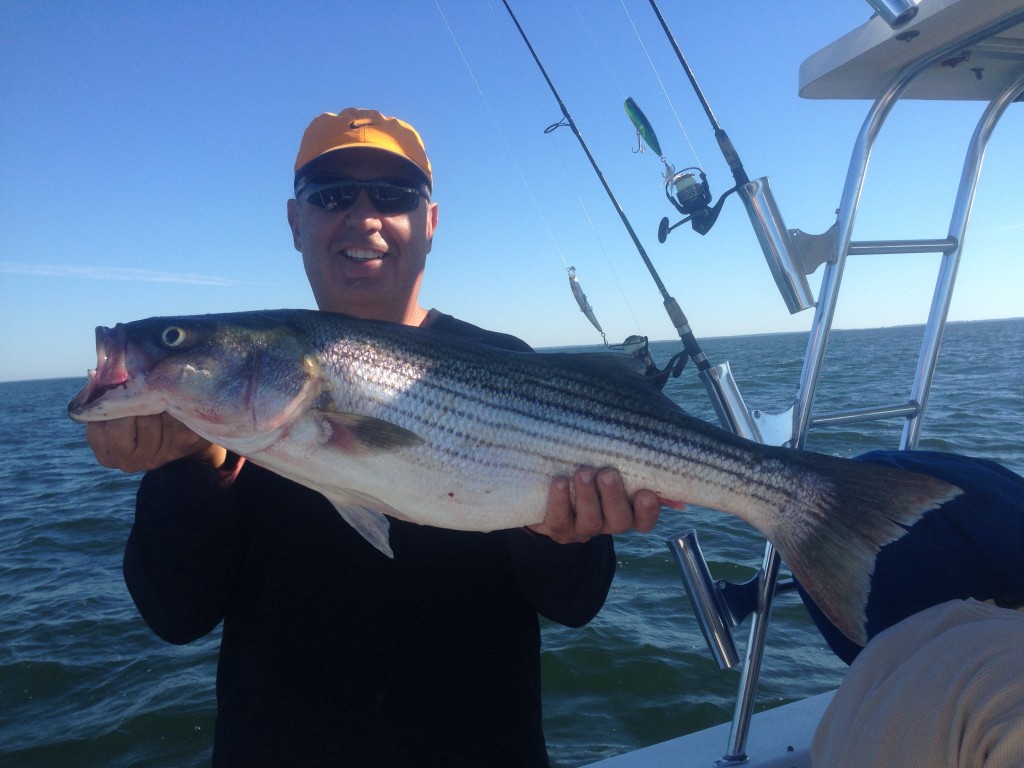 Sam was the HOT STICK on Wednsday!

Some REALLY big light tackle fish lately!  Had a couple of the fattest 32″ fish I’ve ever seen!  They were as big around as they were long….well not quite but pretty darn fat!  They were full of menhaden and little crabs.  Don’t know what the future holds but lately (last month and 1/2) the fishing has been off the hook good!  Here are the two super fatties caught in the last couple of days….. 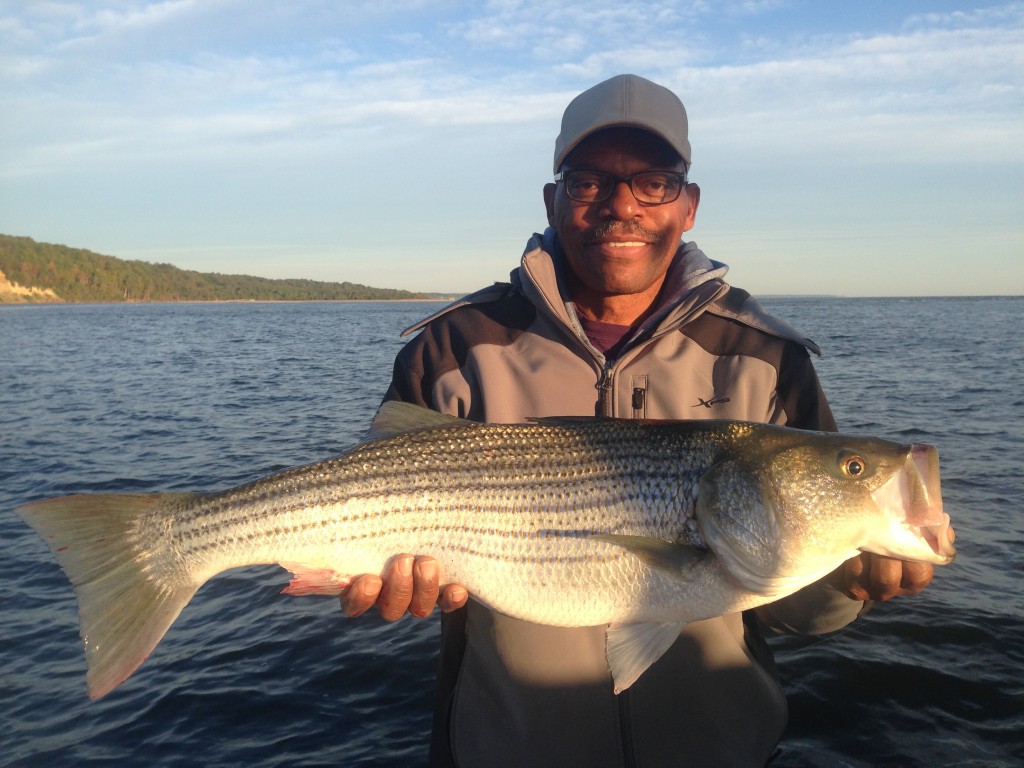 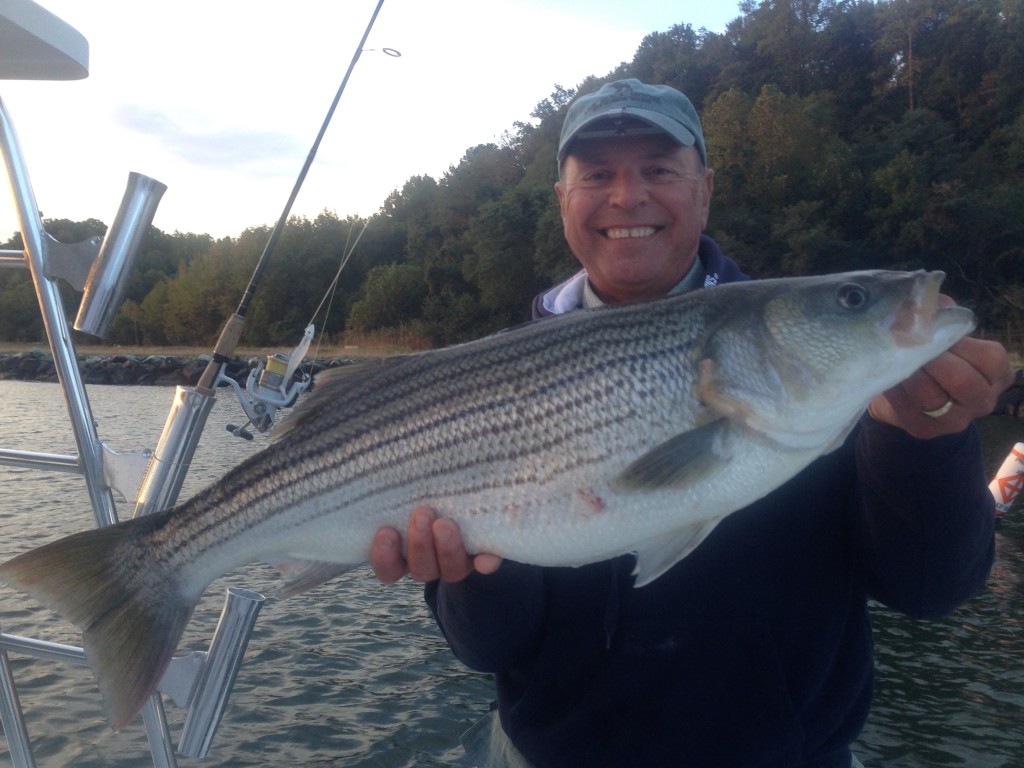 my buddy mike caught this one on a surface plug……BANG! Released to see another day!

The big fish lately were in a very (hit and miss) place.  Sometimes some great fish are there and sometimes they aren’t.  Nature of the beast…….Over in the islands it’s been pure hit!  Huge numbers of great fish.  Lot’s of keeper size fish in the mix and some big fish also…….. 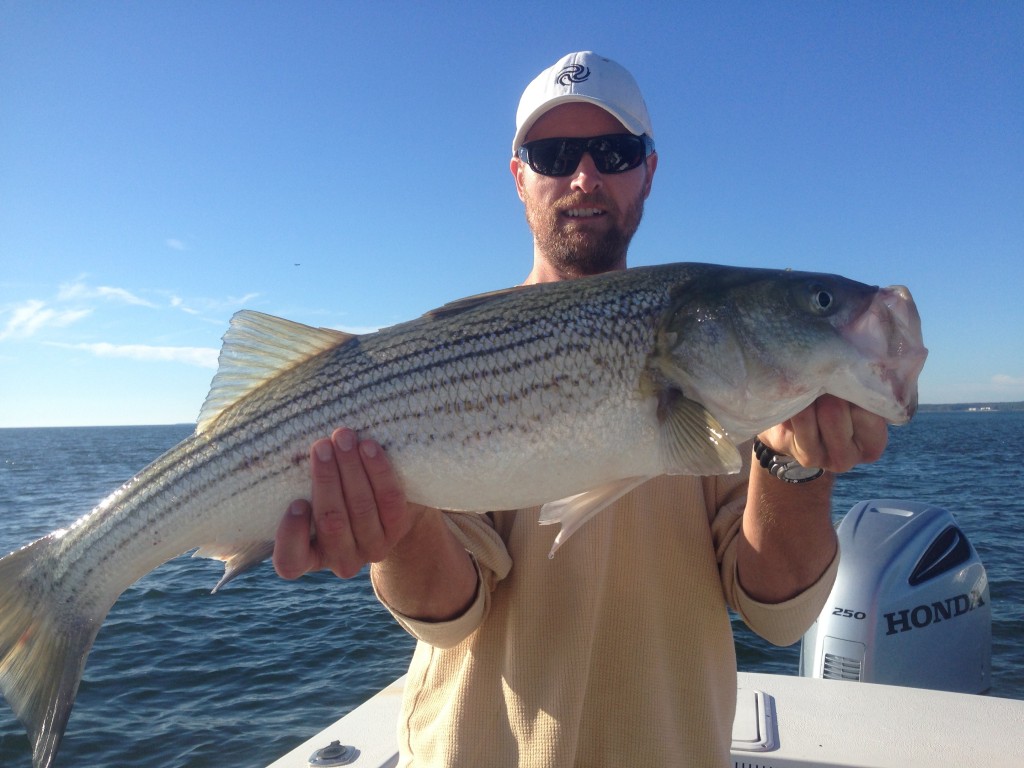 Todd with a 35 1/2 inch local whopper……released to swim many more days! 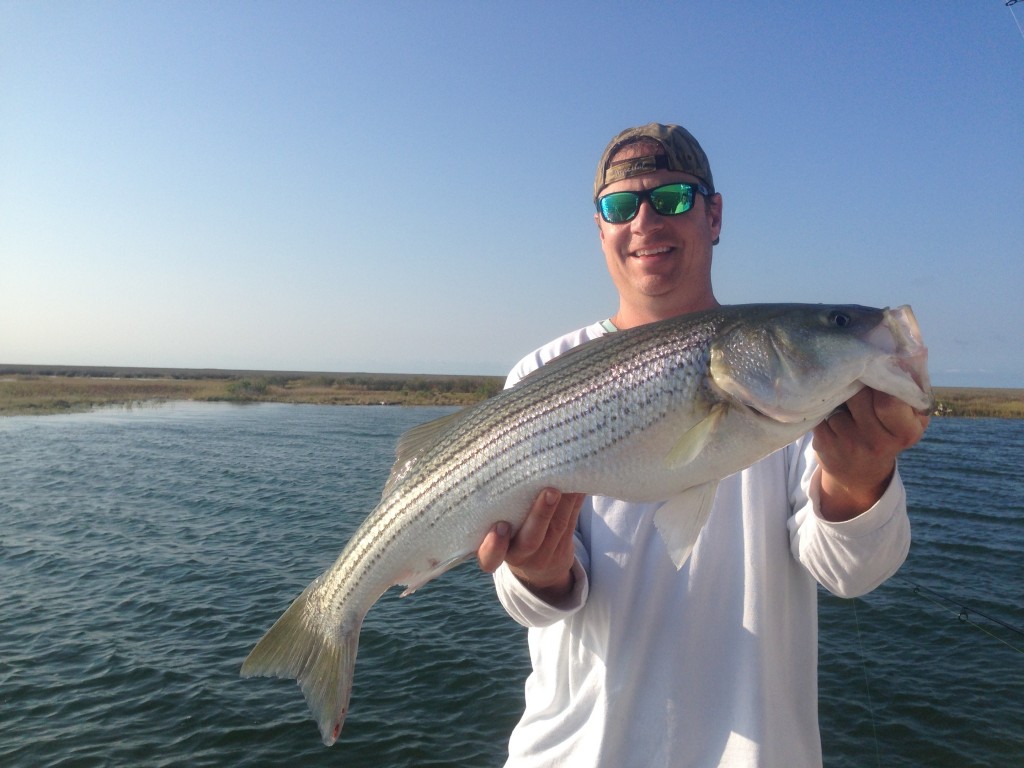 Booked solid on Sunday, 12 October……..weather outlook is PERFECT for fishing the islands.  If interested give me a call at 703-395-9955 to reserve you spot!