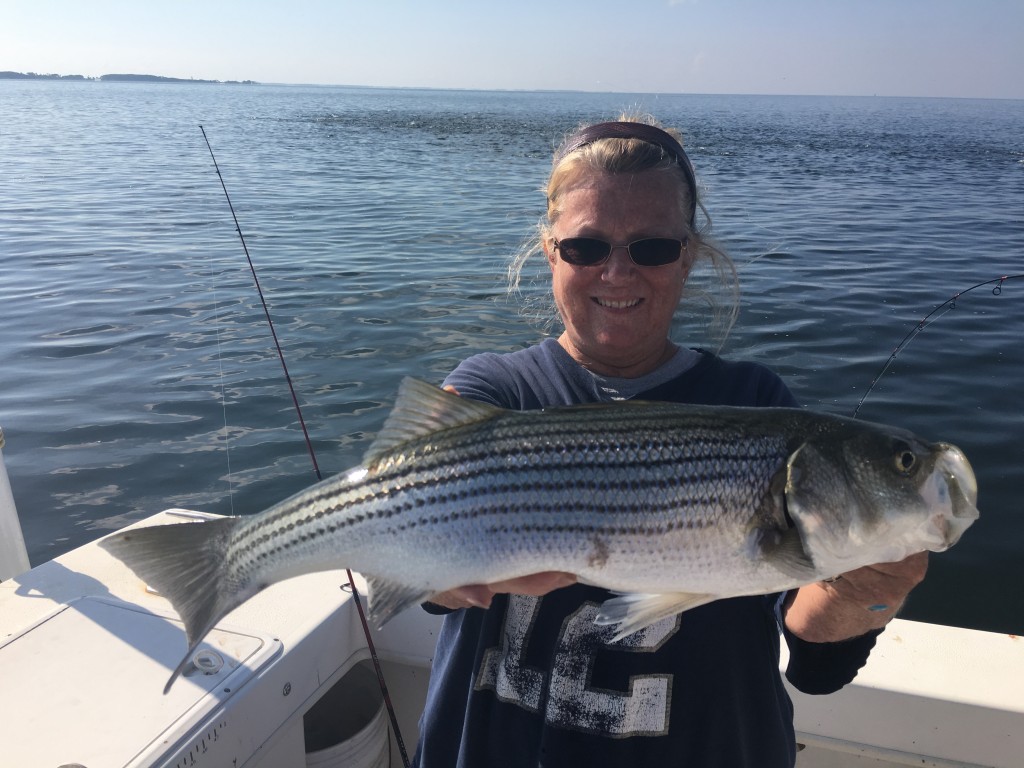 Summer Breakers have began! Whoop whoop……and some nice ones in the mix along with lots of Bluefish….Spanish Macs are on their way!

Well folks…..it’s what I’ve been waiting on for a while now!  The summer massive breaking fish game is now on!  I’m still at Deale, MD but look to be moving south back to Solomons real soon.  Over the last couple of weeks catching has really picked up on Bluefish and Stripers together in huge schools of breaking fish well south of the craziness above the bay bridge.  Also early morning shallow structure certainly can produce well.  With the high heat I’ve been lauching around 530am and getting off the water by 130pm or so.  Late afternoon can certainly be really productive too!  The summer breaking fish don’t care if it’s sunny and 100 degrees……..they just do it!  Covering lots of ground to locate these schools is sometimes required but it’s all good!  Baits of choice for me on these schools of breakers are 1 ounce Lil’ Bunker Spoons in white, silver or chartruese.  I like a 40 pound leader tied to them to help stop Bluefish break-0ffs but with0ut metal expect to lose some stuff.  BKD’s crush these fish but don’t hold up to the razor blades in the bluefish mouth.  Z-man plastics work great as long as they are glued to the jig head. 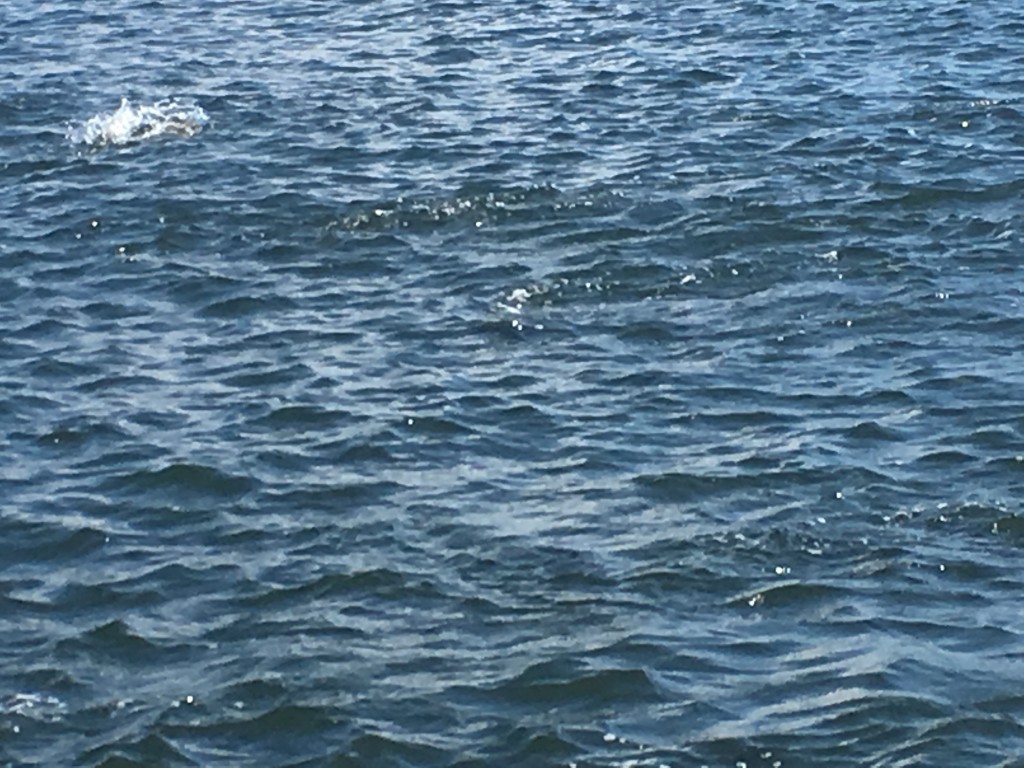 huge schools of summer breakers are a blast! Fly and light tackle heaven for sure!

When breaking fish are active on top in a huge mass of frothing craziness they are feeding on small silversides/bay anchovies.  These baits aren’t big and sometimes a large lure like a big surface plug or large plastic  just won’t get the hits of a much smaller bait.  A 5″ Z man plastic or 1 ounce lil’ bunker spoon or a Hardhead Custom Baits 1 ounce minnow spoon in white or chartruese .  When throwing metal you can throw across the school and work them very agressive or work them straight below the boat if schools of fish are real thick. Also, over the last several years many huge reds will start to show up under large schools of Stripers and Blues breaking.  They are down there gorging on debree falling through the water column from the feeding blues spewing fish parts all over.  A metal jig or plastic put in front of a huge Red feeding like this will get hammered!  Here’s one from last august…….. 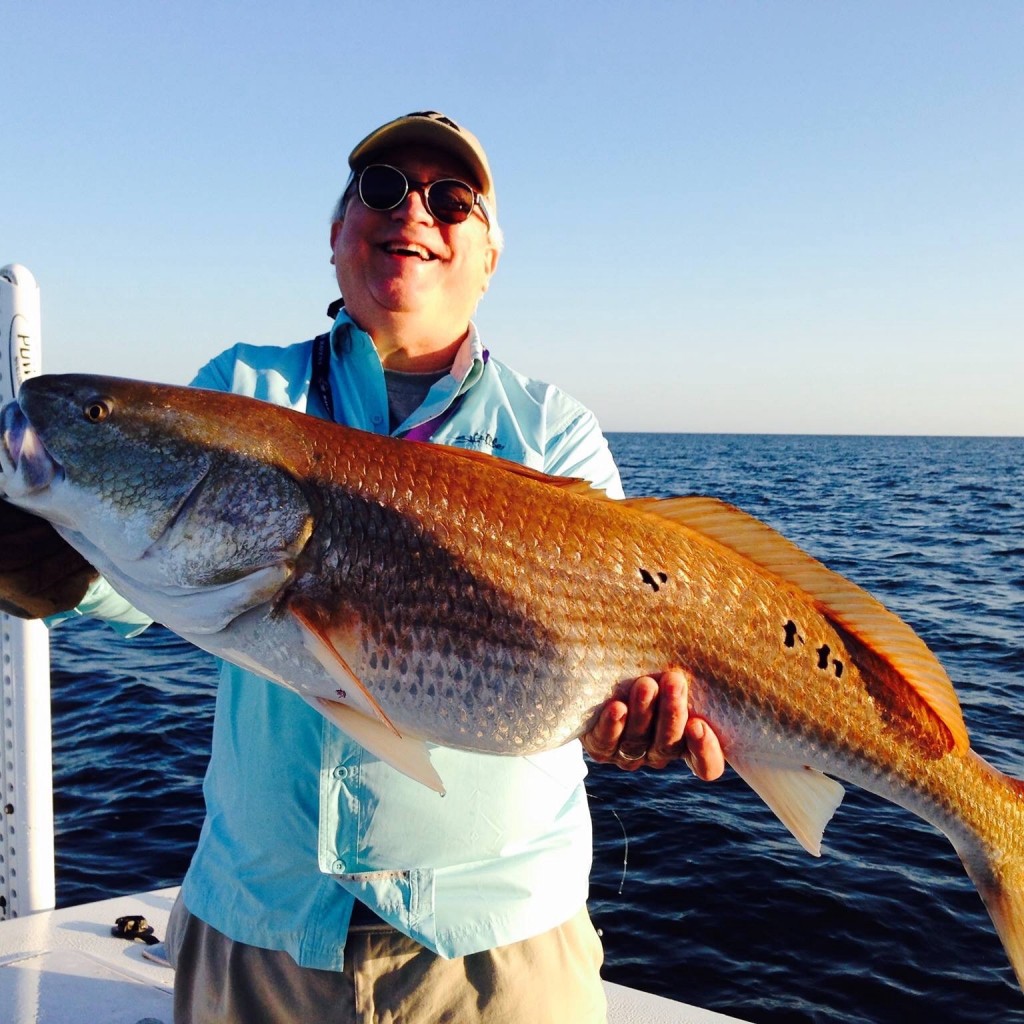 Also coming soon is the Spanish Mac on light tackle.  They will roll into our waters soon feeding right along with Blues and Stripers.  They will bomb the same baits listed above but worked as fast as you can.  I like to throw metal over and around the breakers….. let it sink for 10 seconds or so then rip it fast with the rod tip low to the water with very short pauses along the way.  When they hit it’s a blast…..they pull real hard on the light sticks!  Here’s a big one from last august…… 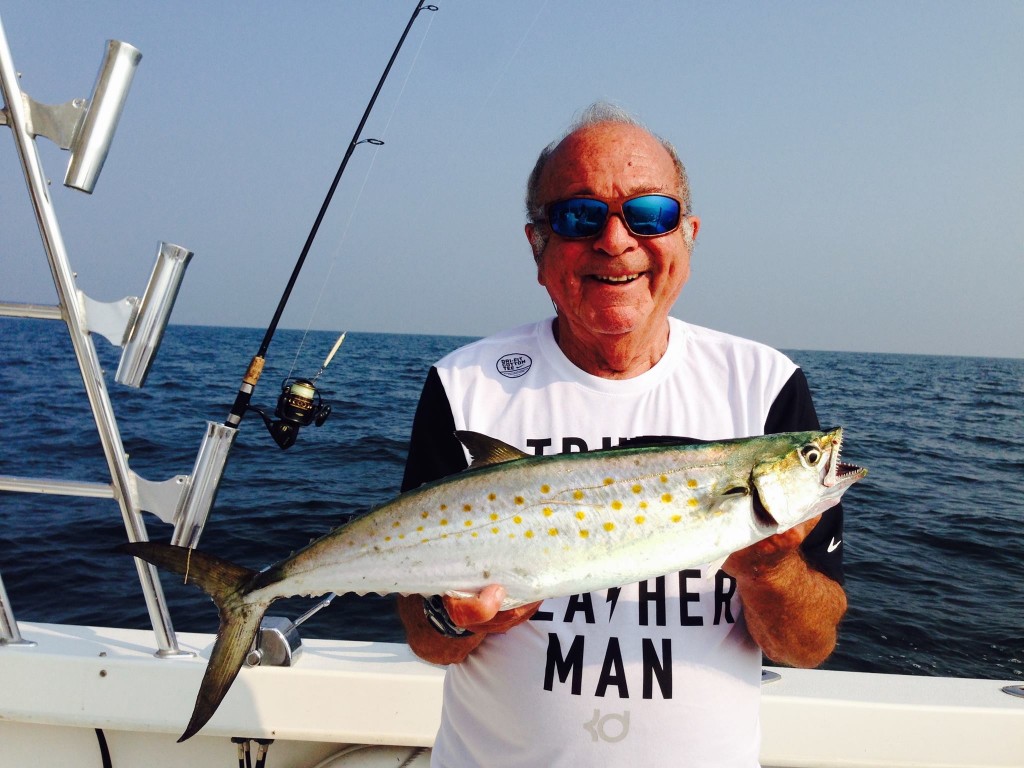 a 27″ Citation Spanish for my buddy Billy! Last august was the bomb for this stuff!

The same day Billy did this……..he was real tired after this battle! 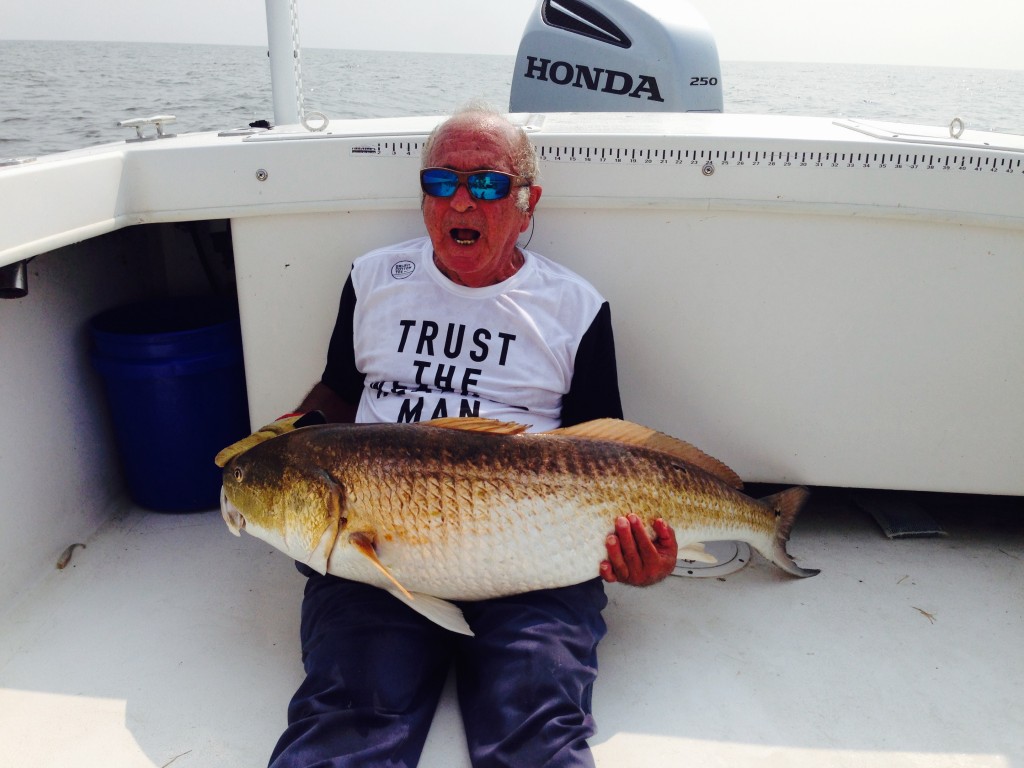 My boat as of this second is still moored in Deale, MD at Paradise Marina but I’m about to pull the trigger and roll back to Solomons.  Last year I moved back to Solomons on July 20th and crushed it every day mother nature let me.  Summer light tackle is a blast!

As of right this second I am still at Paradise Marina in Deale.  Moving will be a decision I make on short notice.  Anyone booking a spot I will let know where we will launch for sure.

We will depart the marina at 530am and return around 130pm.  I will fillet all Stripers and blues caught on our trip.  I provide all baits, tackle and licensing needed for the day. We will be hunting down and light tackle jigging/plugging for the entire trip.  Come on out and give it a shot!

Launch from Deale, MD, Paradise Marina but could be moving to Beacon Marina, Solomons soon

I provide all baits, tackle and licensing…..bring whatever you want to eat or drink…..a small cooler is fine to bring 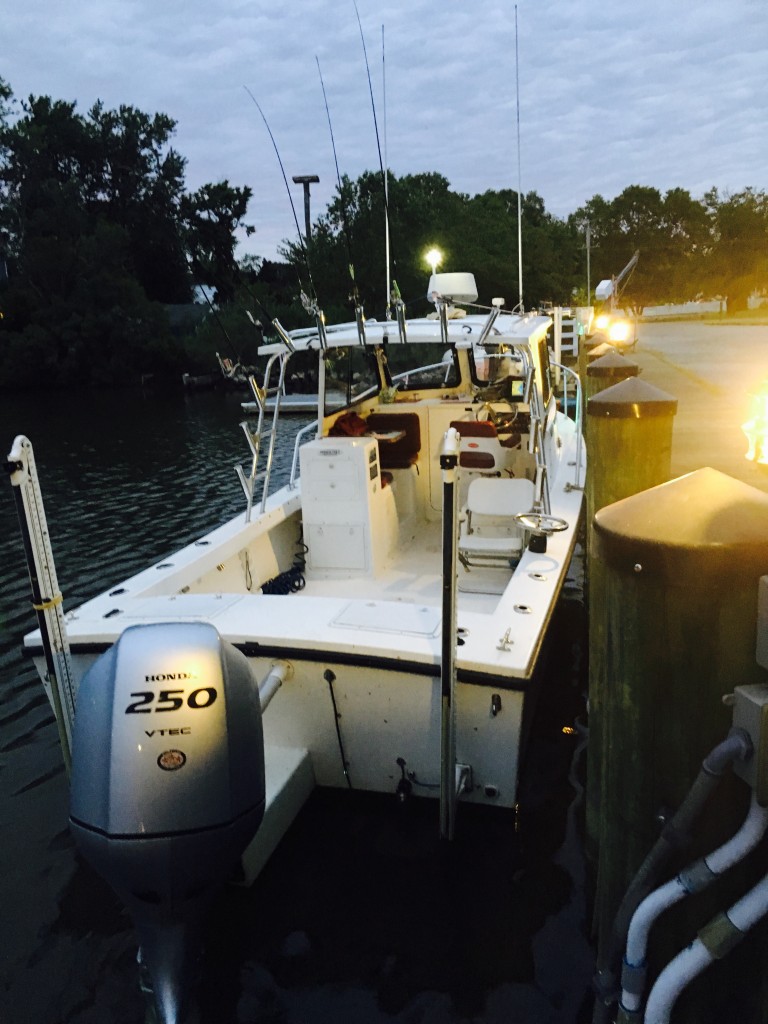 come join me on my Judge 27 Chesapeake!