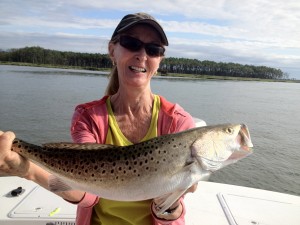 One of many great Summer Specks!

I haven’t done much lately via newsletters and I apologize for that……will be pumping it back up getting off my lazy butt!

Currently the Striper bite out of Solomons is hugely inconsistant and I haven’t been on a school of keeper size breaking fish yet.  In my 13 years of keeping a journal I haven’t ever seen so few Stripers in the Solomons region.  The Stripers are certainly to the north in the eastern bay ballpark and beyond…….hoping they miraculously show up in more than just the one area.  Really makes me amp up worrying about the future of our Striper fishery.  I’ve been on the water a whole lot this summer and have seen only a small number of nice Stripers on shallow structure very early in the morning.  Schools of breaking fish or numbers of fish live lining in our region is bascially non existant.  There are fish at the gas dock but arn’t out and about much.  Some live-lining has happened there but nothing like years past. 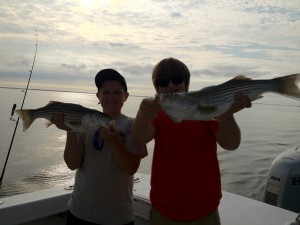 Occasional nice fish are available with a little luck!

On a bright note the Speckled Sea Trout fishing has been and continues to be the best I’ve ever had since moving into the area in 1995.  Starting last September and now this year starting in April the Speck fishing has been very rewarding. What makes it so good is the remote beauty and challange of it all.  It’s not the easiest of fishing…….one day you get’m here….the next day there and maybe on another day none but most days we catch’m.  Water condition and current are a crutial factor in having Speck success.  I’ve had luck catching quality Specks from Hoopers all the way down to Smith Island.   Bad thing is I’m really helping the oil people get rich. 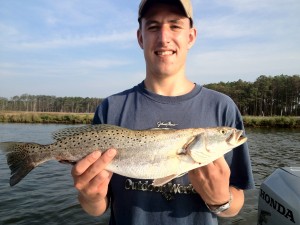 BKD’s and Gulps are catching Specks on my boat!

Currently Croakers and Spot are abundant in the Pax River along with a surprising number of Puppy Drum.  Also, over on the eastern shore Puppy Drum are schooled up in areas with strong tidal current, have had many, many Pup’s in areas with structure and current.  They hit the same lures Specks and Stripers hit!  Wish they would keep coming back year in and year out as they GROW! 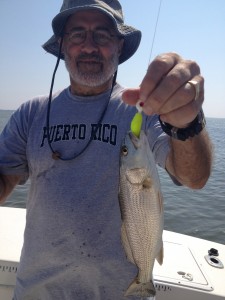 one of a ton of pup’s

A while back I was fortunate enough to be a involved with a “Wounded Warrior” Fishing Tournament organized by the non-profit organization called “Rivers of Recovery”  The event was really nice and raised lot’s of money to help wounded warriors get back on track.  Great people involved and very well organized.  Now on to the important stuff!!!!

The tourny was out of the Maritime Marine Museum in Annapolis….YIKES!!!  I don’t know that water.  What i do know is if I don’t know I need help.  This tournament was purely a charity and no money won my participants……rules were “go fishing” any way you want that’s legal.  So….with those rules I called my friend Skip who is an extreme “freak” up there on the water.  He knows the water and knows folks who knows where the fish may be at any given moment.  The event started with breakfast from 8-9 am….fishing starts after breakfast…..whew!!!!  Never start that late……as luck would have it there were fish in the region and bringing skip on my boat as “first mate” was like hitting the fish lottery.  As soon as we pulled out of the harbor Skips phone rang and we had a line on some nice fish.  We ran to the area reported to hold some fish and boy were they there!!!!   One thing I can confidently say is if fish are under my boat we’ll catch’m…..boy were they!  We immediately hooked nice Stripers up on vertical jigs and live spot.  Mike, my wounded warrior was ready to rumble.  Mike lost an arm in combat in Afghanistan.  He’s an avid fisherman and knows his way around a boat.  Within no time we caught several fish in the upper 20’s inches long and it wasn’t long before Mike hit this tourny winner…….yes……mike won the tournament with this 33″ Striper!!!! 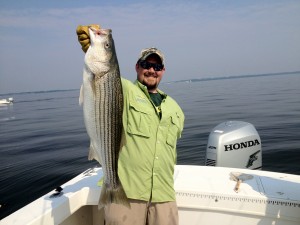 Was a great experience and a great time had by all on my boat!  Here’s a shot of our crew…… 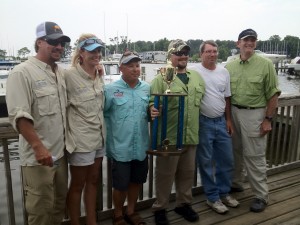 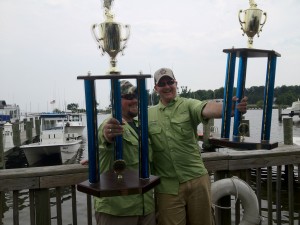 Mike with his “Biggest Fish” Trophy and another angler with the “most fish” trophy! 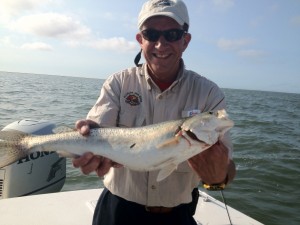 Trip will leave from Beacon Marina in Solomons at 530am and return around 3pm……we’ll run to the eastern shore and hunt down the elusive Speckled Sea Trout.  It’ll all be light tackle and we’ll sling BKD’s, Gulps or even some bull minnows.  Along with Specks there have been many Puppy Drum in the region.  Depending on how the day goes we may pop out into the main stem of the bay and look for Blues and Stripers.

Cost of the trip is $120 each…..the first 5 are in.  I’ll fillet fish at the end of the day.  Bring whatever you want to eat or drink and I’ll have all the tackle/baits ect……..feel free to bring your own stuff if you like.

The weather forecast for Sunday is great…..east wind 5-10…..great direction for Speck fishing! 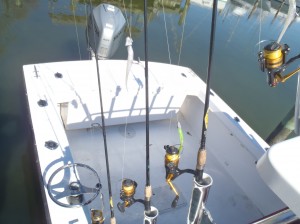 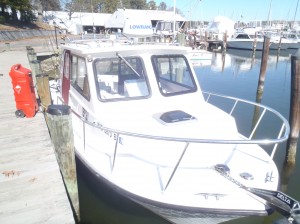 Fishing off the front end is great! 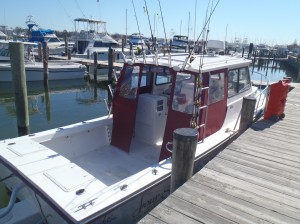 Comfortable ride out and back!!!