37″er caught on a plug over shallow structure……4 feet of water!

Fishing over the last two months has been great in the islands of the eastern shore.  It’s different than the last 3 years.  Specks and Reds were the stars of the show with stripers being secondary.  With zero Reds and just a few specks around, Stripers are again the star of the show.  They have shined hugely for my crews this month and in the last week I’ve had some HUGE light tackle fish in real skinny water.  Stumps, rockpiles and current rips have been producing well. 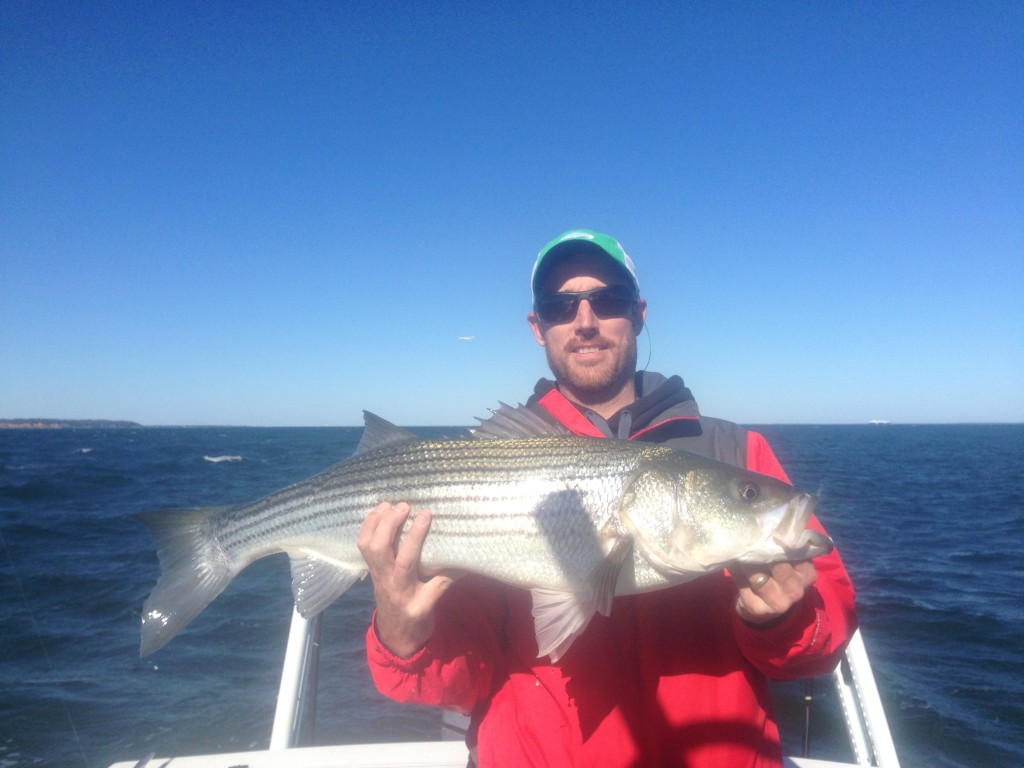 Mike Wissel nailed this 37″er on a crank bait in about 7′ of water near the western shore in the wind and current……awesome fish on light tackle!

Some days I don’t get any big fish but most days have had a good number of fish to 25″ or so.  I’ll take that any day!  However, on Saturday, 25 September I had a crew of “first timers with me” and man did they hit the light tackle, surface plugging JACKPOT!  We ran into a pod of the biggest fish I’ve had in numbers ever in the eastern shore islands.  I do many many trips over there and many times never see this size fish……may never again!  I trip over one here and there but on this day several for some reason was over a shallow water structure spot and they all wanted our surface plugs real bad!  We caught a few…missed a few and lost a few….the hits were just unreal!  Here are some of the fish…… 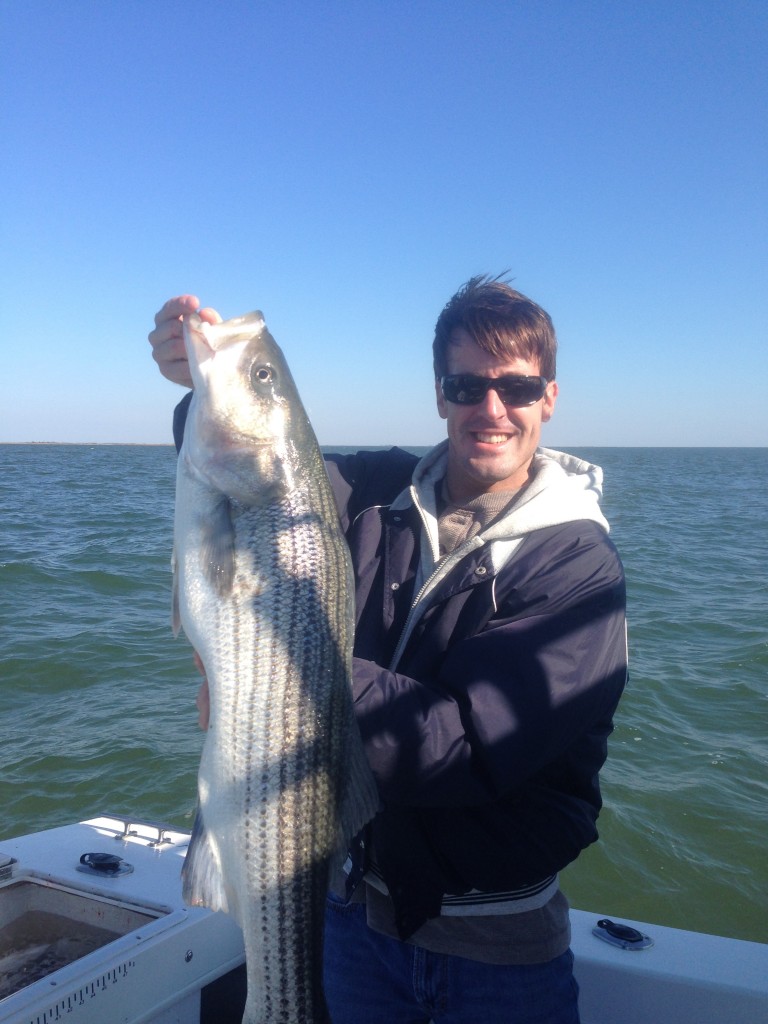 I’d love to say I could make this happen every day……but….I can’t! 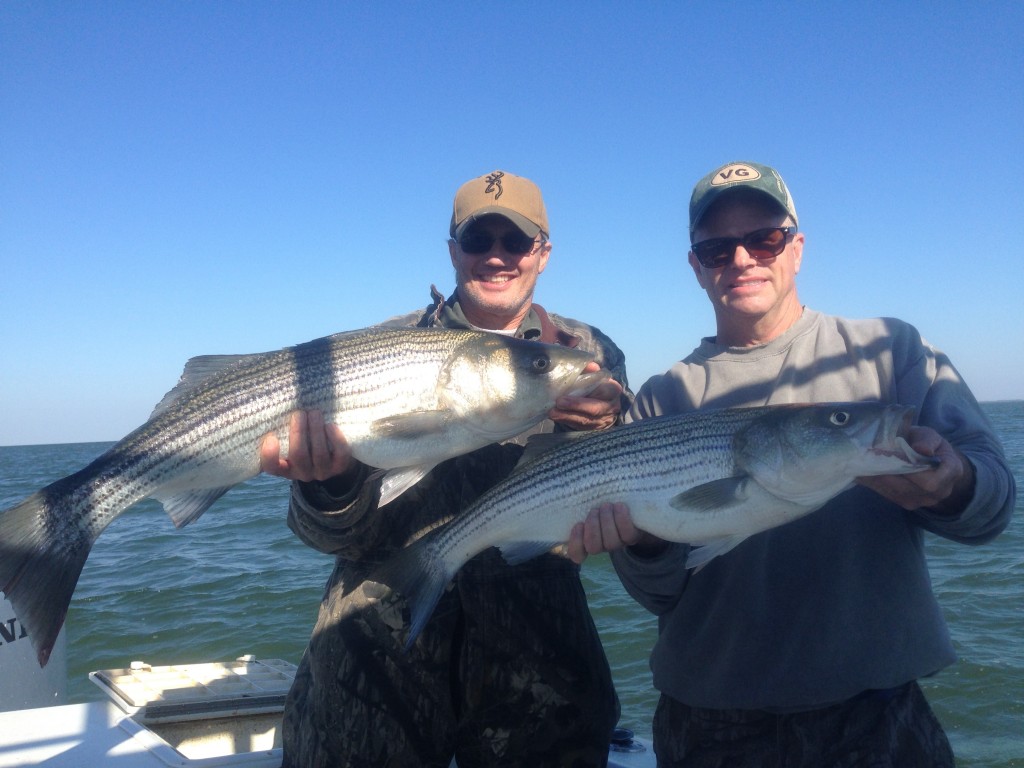 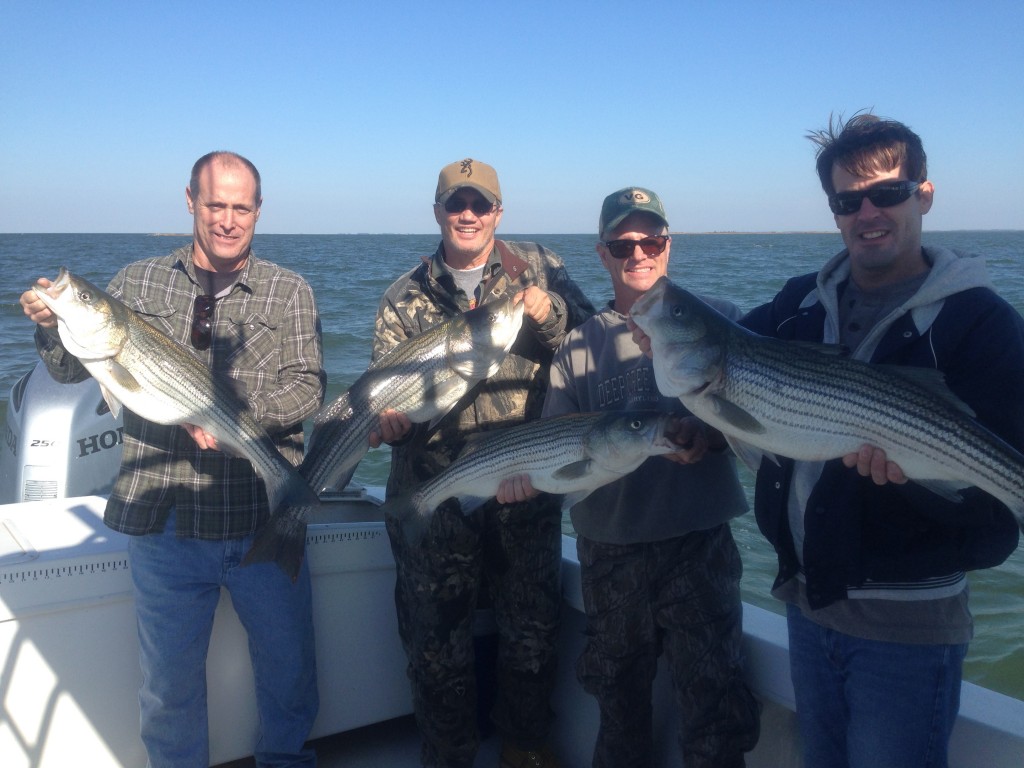 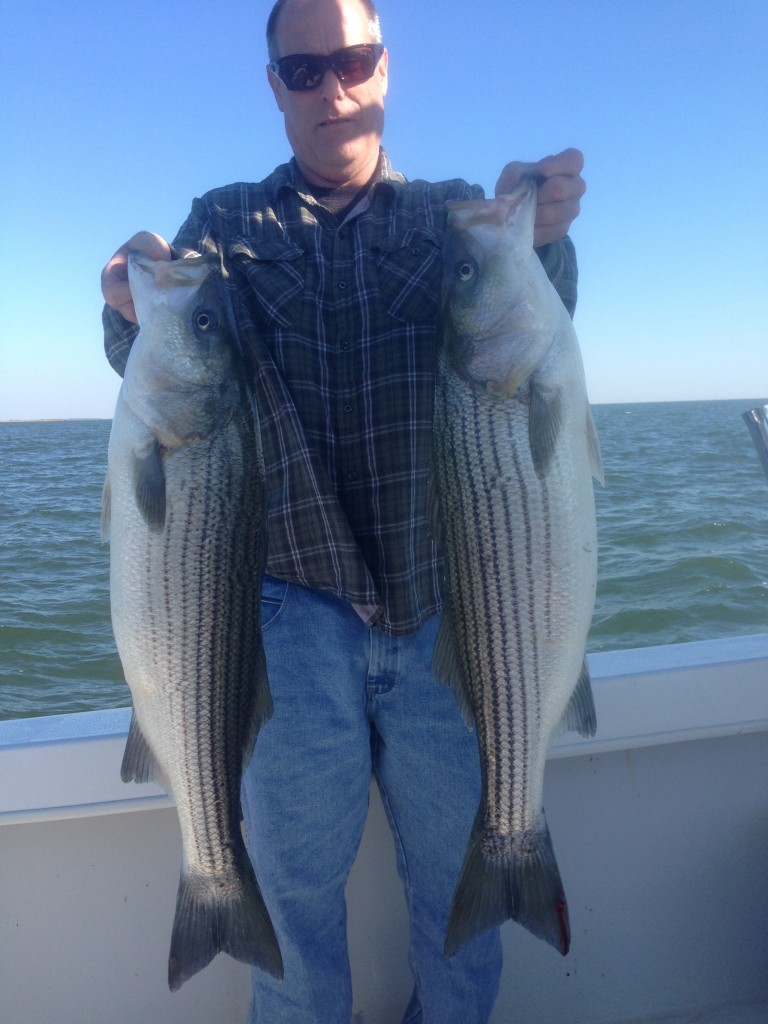 Here are some other recent shots of nice fish caught in the skinny! 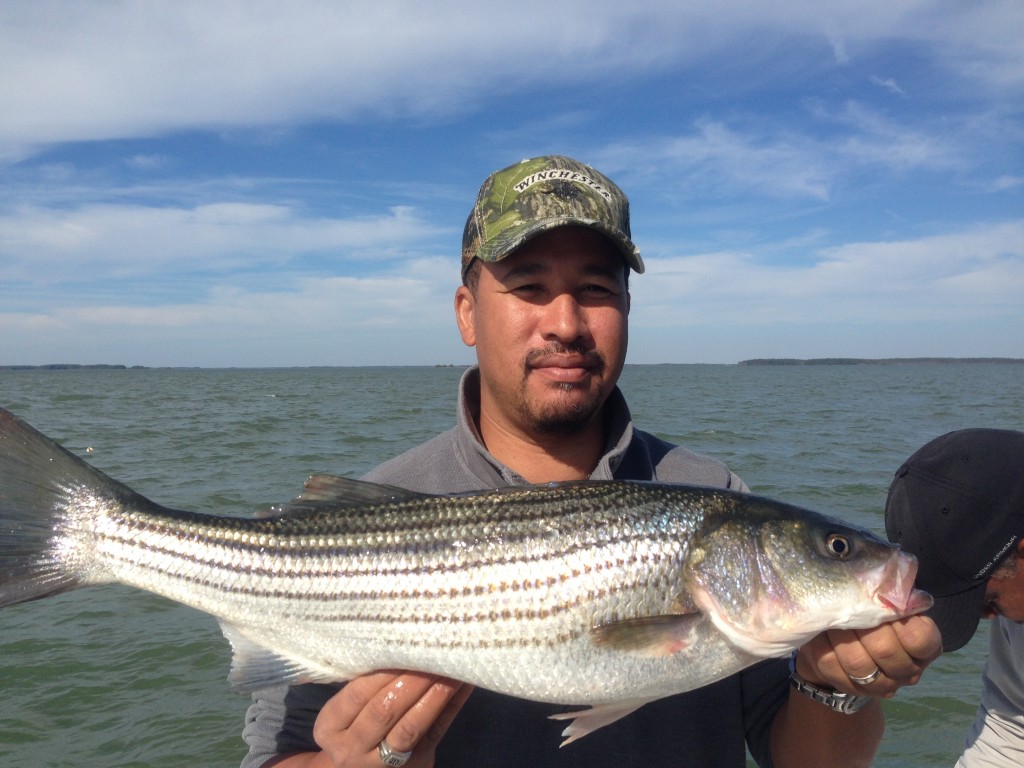 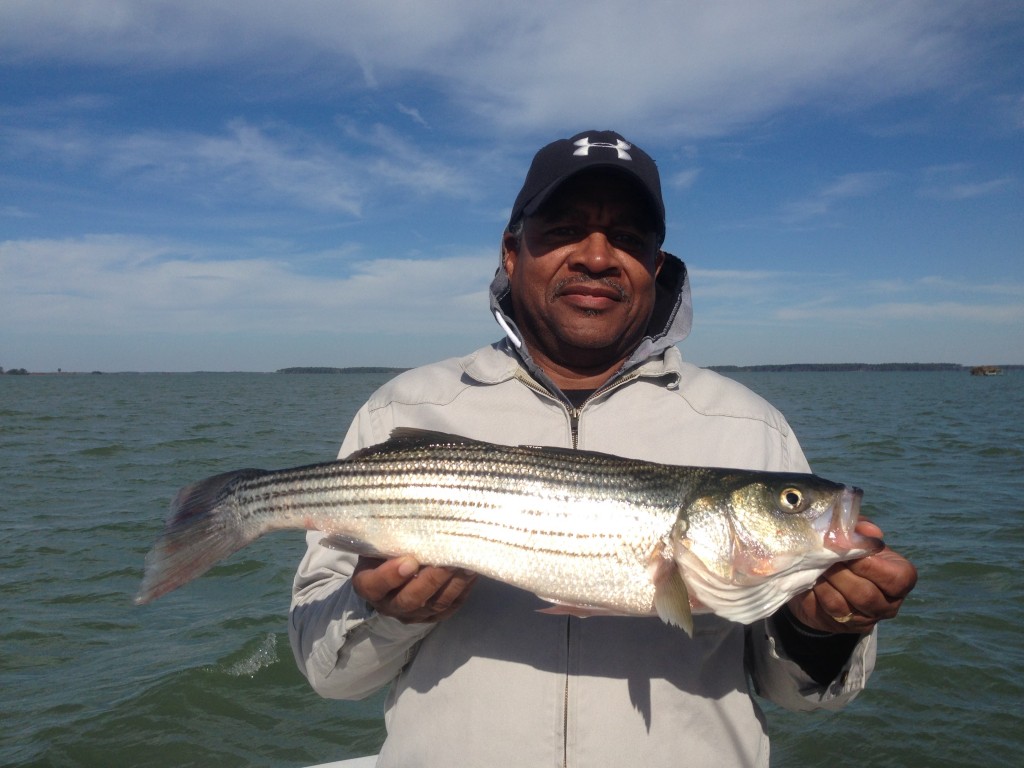 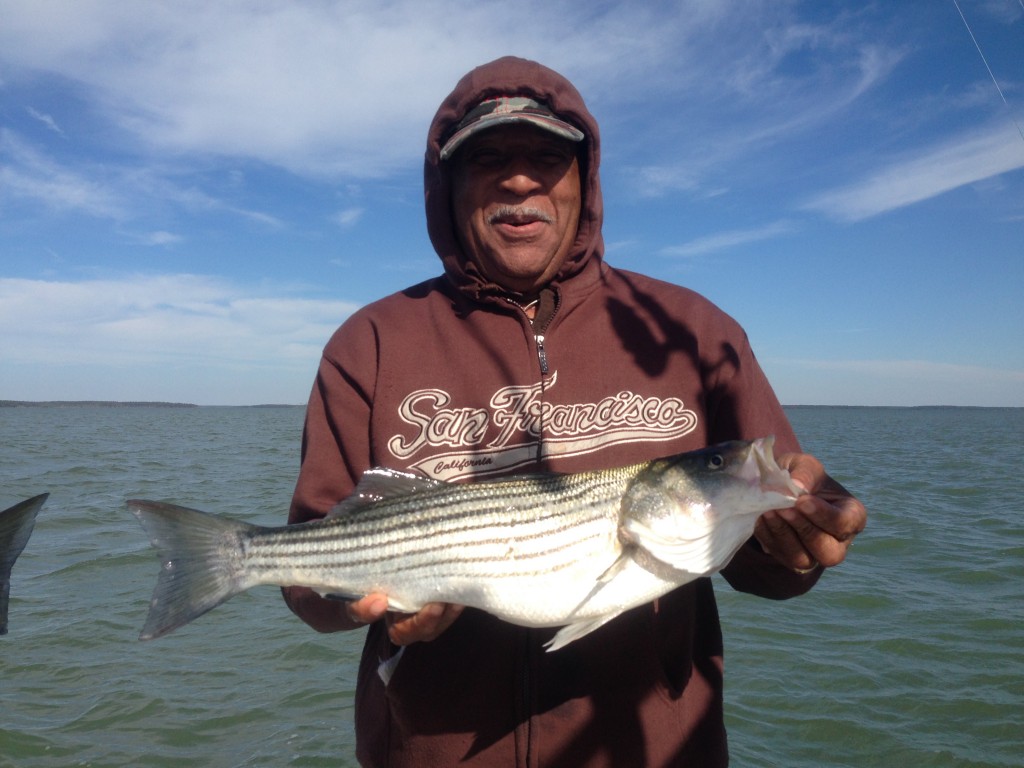 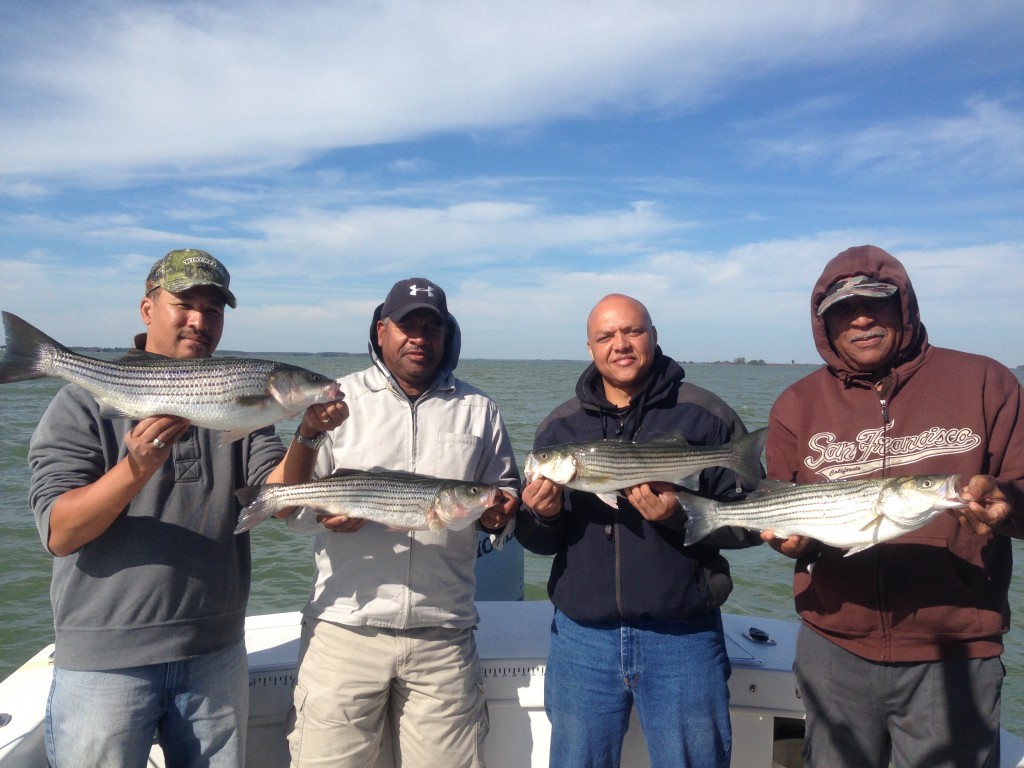 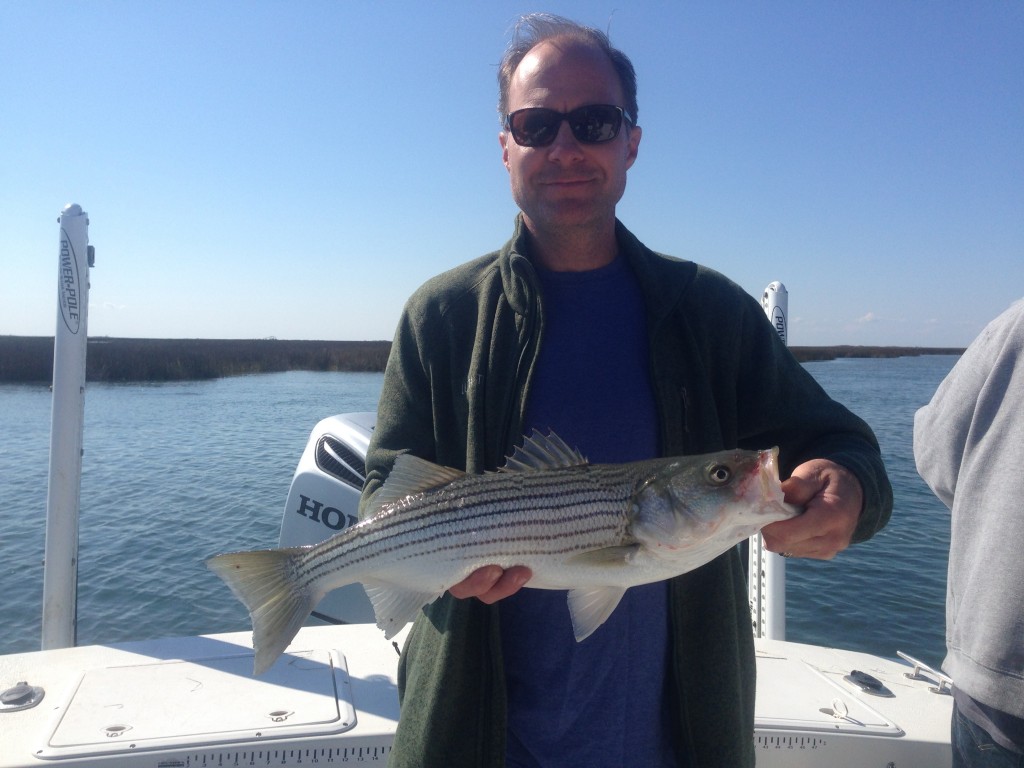 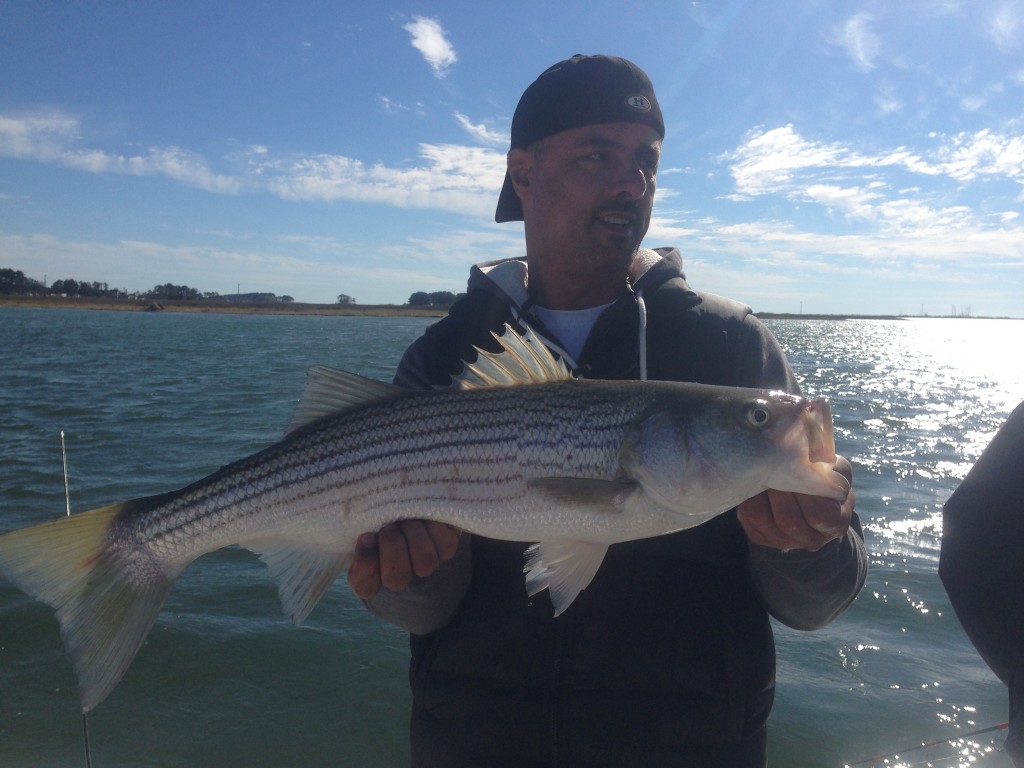 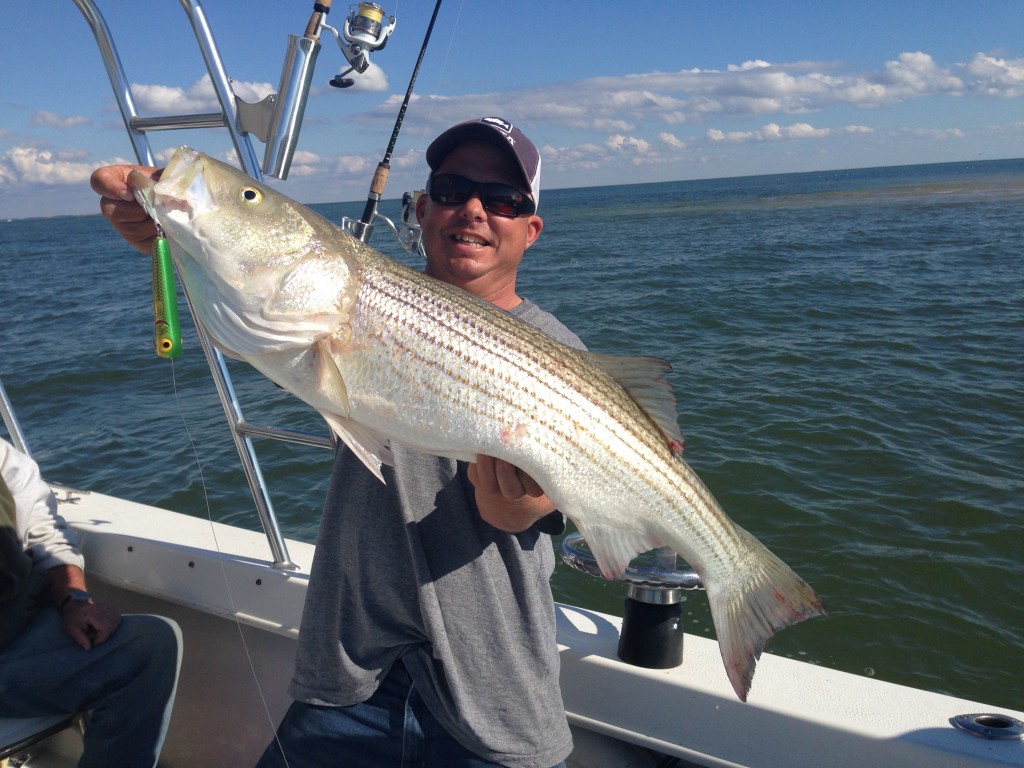 I’ve been paying great attention to subtle mud lines outside of points.  Stumps have certainly been holding some great fish….especially with good current over them.  On windy days I’ve been ducking into guts, nooks and crannies and picking away at nice fish.  My power poles have been really helping me succeed in catching in many situations this year in the islands…..can’t live without them now….I”m spoiled!  All in all some great stuff going on…….come on out and give it a shot!

Posted under Fishing Report,Sticky
Comments Off on Quick Report, 26 October 2014…….Fishing alot and it’s HOT! I’m Tired! But lov’in it!